Up Close And Personal In The Maldives

“Up Close And Personal With Australia’s Undisputed Queen Of Pop”

Over 3 evenings you will get to enjoy exclusive, intimate shows with Delta Goodrem and Matt Copley featuring all your favourite songs.

Matt Copley is kicking off the special week’s proceeding with his own incredible solo show on Monday night. Then Delta and Matt team up midweek on Wednesday evening for a very special, intimate sunset duet. On Friday evening at sunset, Delta and her band will perform a beautiful sunset concert finale to wrap up what no doubt will be one incredible week in the magical Maldives.

Located on a private island in the Maldives South Male Atoll, Holiday Inn Resort Kandooma Maldives offers an amazing Maldives holiday experience to those looking for something special.

The Music in Paradise series features music royalty performing in the world’s most amazing destinations. Rock music and crashing waves, Music In Paradise stimulates all the senses.

The intimate concert settings on the beach and rooftop bar of Holiday Inn Resort Kandooma ensure fans can take the party long into the night.

All prices are AUD, per person, twin share.
You can book a single occupancy package here.
Event dates are 13-20 May 2023.

All prices are AUD, per person, twin share.
You can book a single occupancy package here.
Event dates are 13-20 May 2023. 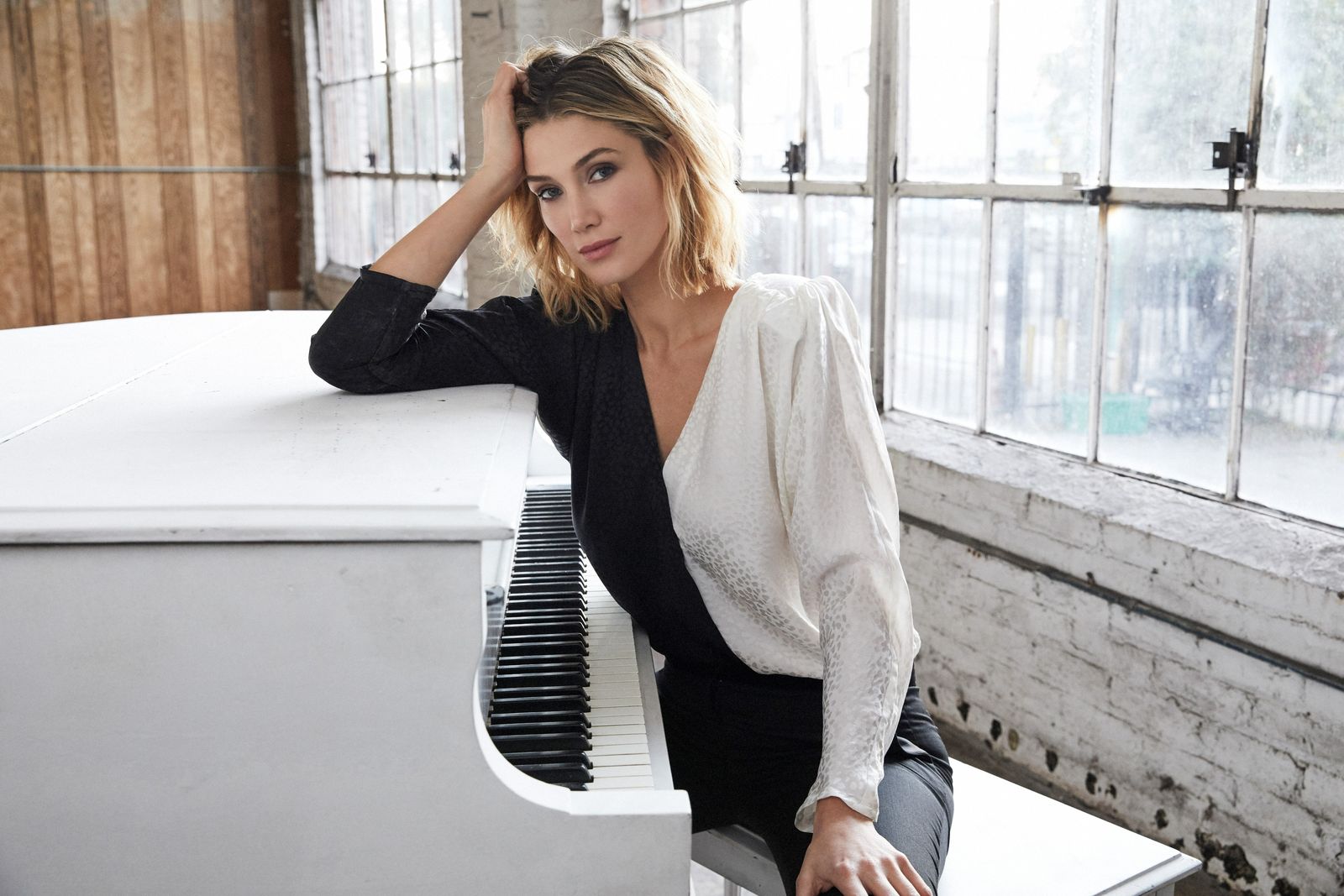 Delta Goodrem is a Member of the Order of Australia (AM) for “significant service to the not-for-profit sector, and to the performing arts”.

With 5 #1 albums, 9 #1 singles, 17 top-10 hits, 12 Australian ARIA Awards, a Silver Logie TV Award and 3 World Music Awards, she is an artist in the truest sense and makes giving back a focus in her life through philanthropy and her Delta Goodrem Foundation. 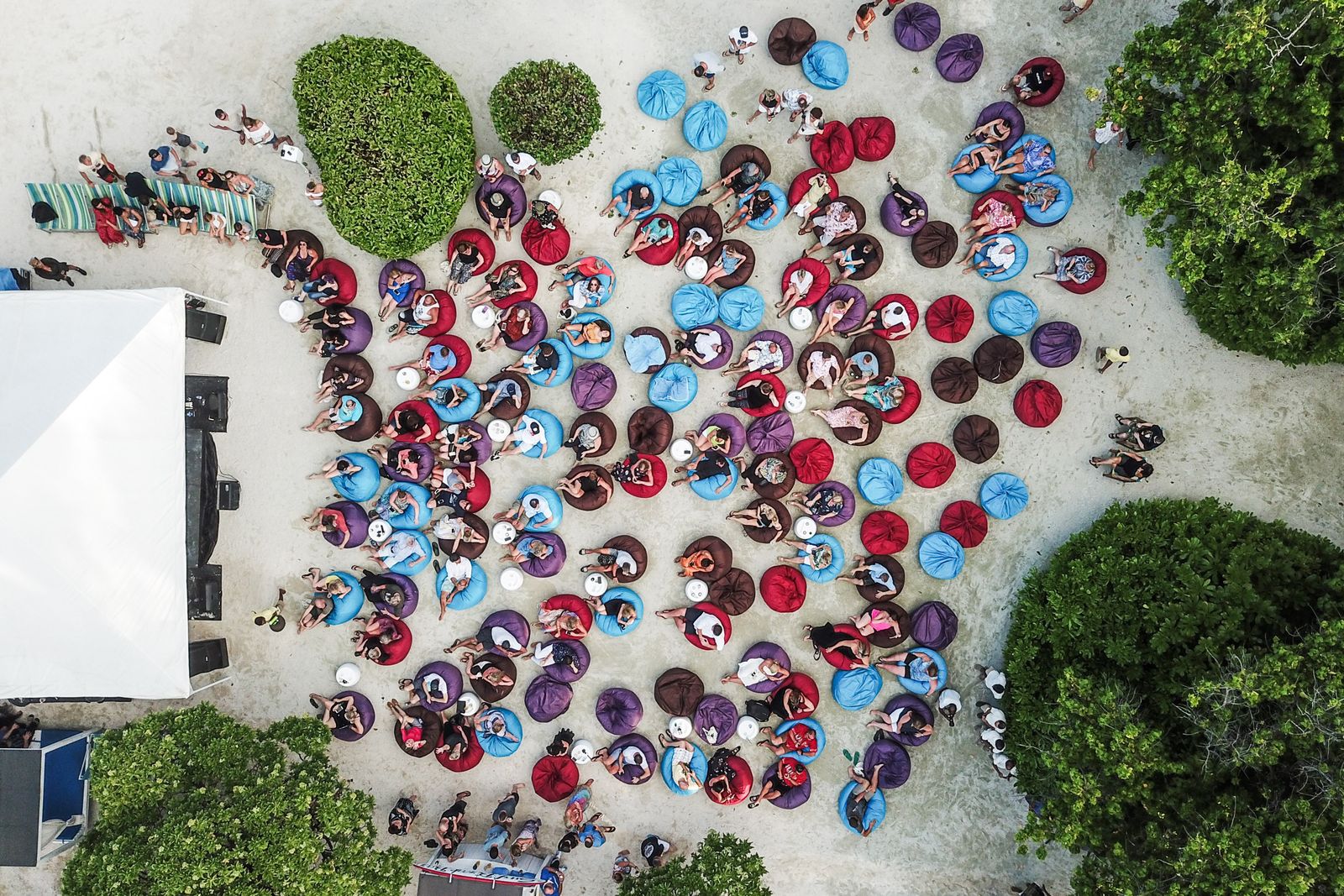 Her first album, Innocent Eyes, was one of the highest-selling debut albums in Australian history. The album spent a record-breaking 29 weeks at #1 and Delta became the first-ever artist to have five #1 singles on the Australian charts from a debut album and was awarded the Australian ARIA Albums Artist of the Decade in 2010 having sold more albums and singles than any other domestic or international artist over the decade.

Delta’s repertoire includes duets with Tony Bennet, Michael Bolton, Men at Work, LeAnn Rimes and Olivia Newton John. She has toured with Ricky Martin and Andrea Bocelli on his US, Asia, and Australia. Written songs for a number of superstar artists including Celine Dion and Olivia Newton John. Delta starred as “Grizabella” in Andrew Lloyd Webber ’s award-winning musical CATS in Australia. She has represented Australia performing at 2 Commonwealth Games.

In 2017, Goodrem launched her debut fragrance Delta by Delta Goodrem, smashing records as it debuted as the highest selling fragrance in Australian history. Her fourth fragrance is set to launch in 2022. Delta was recently named the first ever Australian & New Zealand ambassador for global cosmetic company, Revlon.

With a television resume that started at the age of seven so much of her life has been lived in the public eye. At 16 she joined the cast of prime-time show “Neighbours”. For 9 years she was the longest serving coach on The Voice Australia and a coach on Voice Kids. In 2018, Delta starred in the lead role of her mentor, idol, and good friend, Olivia Newton-John in the superstar’s biopic, Hopelessly Devoted to You.

Delta supports a number of charities and Foundations – serving as Patron of The Kinghorn Cancer Centre and has a long-standing ambassadorial relationship with Starlight Children’s Foundation, Make-A-Wish, Sony Foundation and Global Citizen. 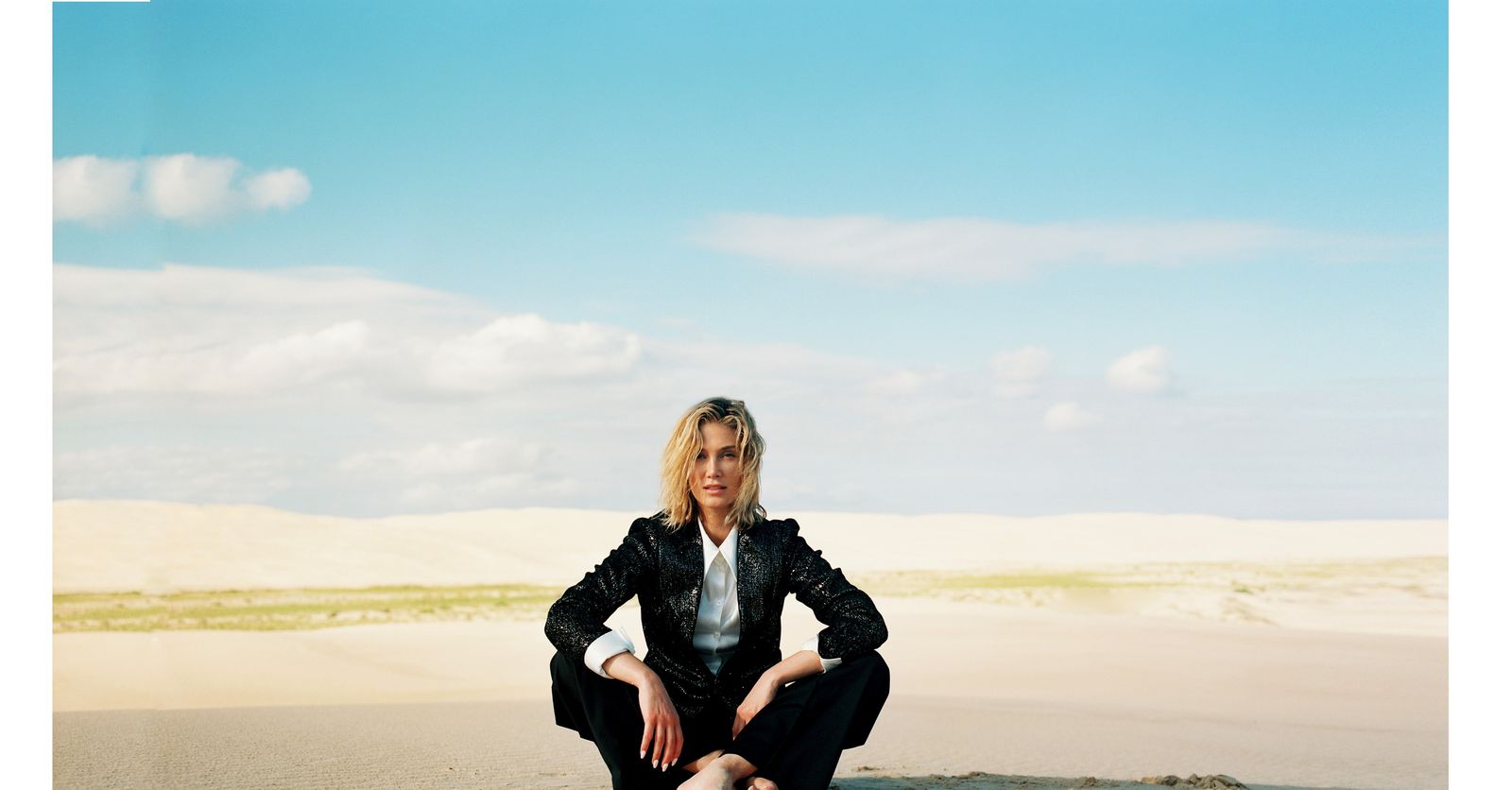 MATTHEW COPLEY is an Australian musician, singer, songwriter and record producer of the highest calibre.

After signing a worldwide deal as a songwriter with Universal Publishing, he moved to Berlin with his band Sons of Midnight. Following a number 1 album in Europe and a successful European tour, Matthew parted with the band to pursue career opportunities in the United States sort out to play guitar on countless artist records, producing and songwriting including the Australian ARIA award winning song of the year Start Again with Conrad Sewell.

As an acclaimed producer, he has gone on to produce #1 albums for Delta Goodrem and Conrad Sewell and composed musical scores for brand campaigns, TV and film. Along with Delta Goodrem, they founded ATLED Productions which to date has produced two #1 rated TV Specials.

Aside from his musical career, Matthew signed to IMG Models and pursues campaigns when time prevails.

With humility and hard work packed in his guitar case of experience on stage, this humble hard working artist is set to light up the screen and stage for many years to come.

“Relax all day, share in great music, dance long into the evenings!”

All the accommodation has been built around the edge of or on the water. Each villa type is fresh and contemporary in appearance, with clean lines and minimal clutter, incorporating all modern amenities, whilst retaining the warmth of natural wood finishes. Large windows mean that you are only a glance away from the great blue outdoors. Choose from Gold – Beach Villas, VIP – 2 Storey Beach Houses and Ultimate – Overwater Bungalows. 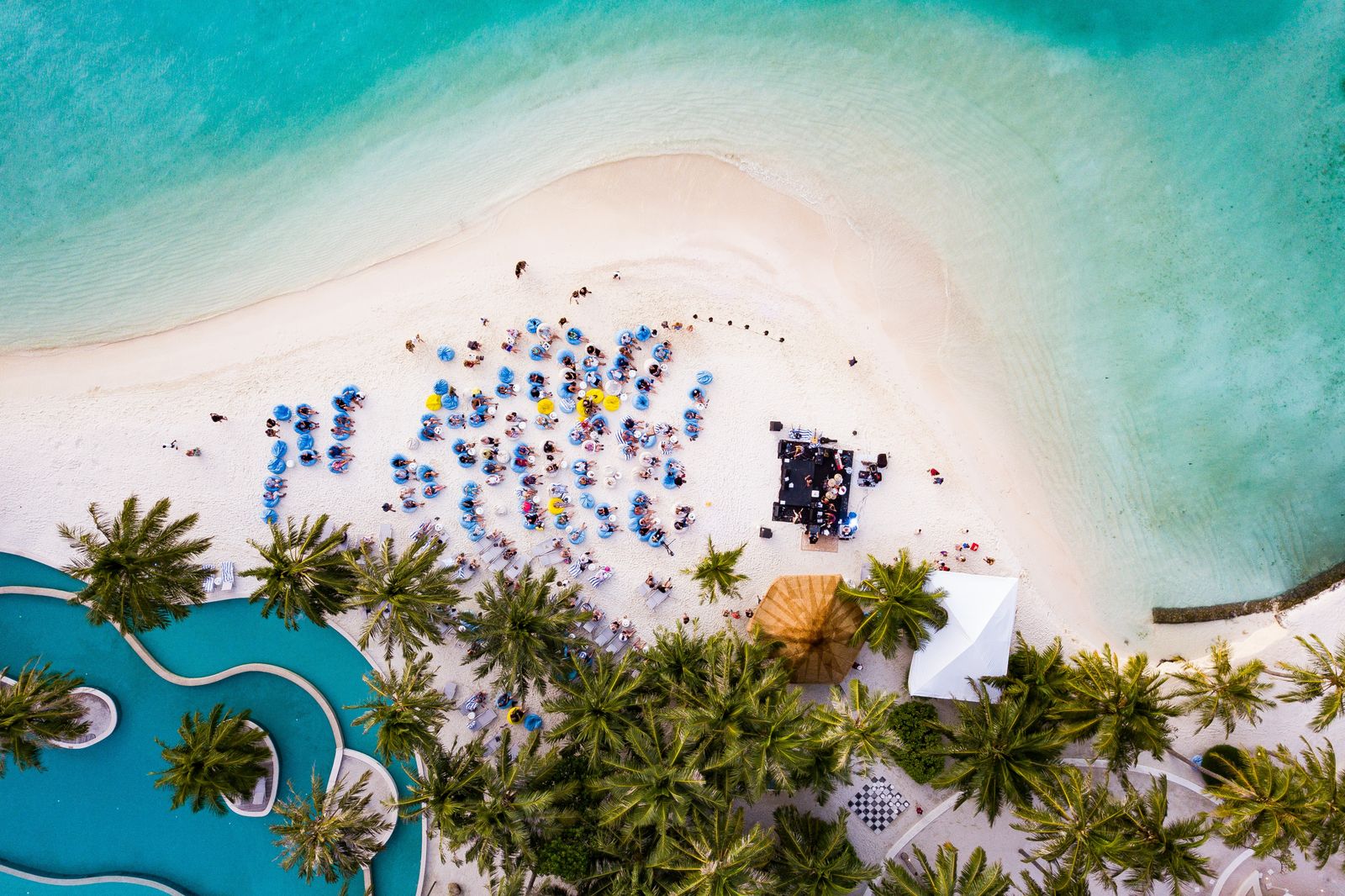 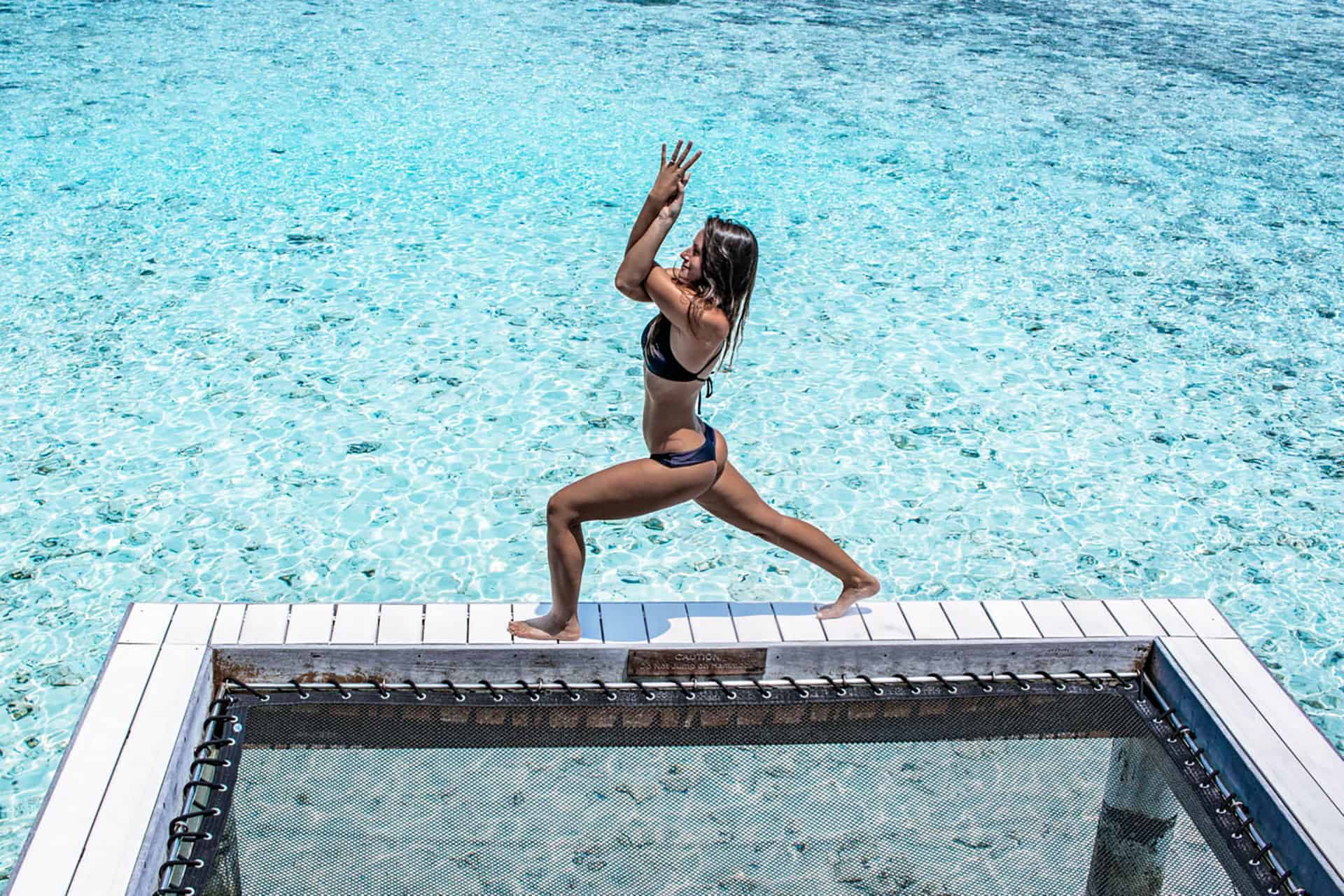 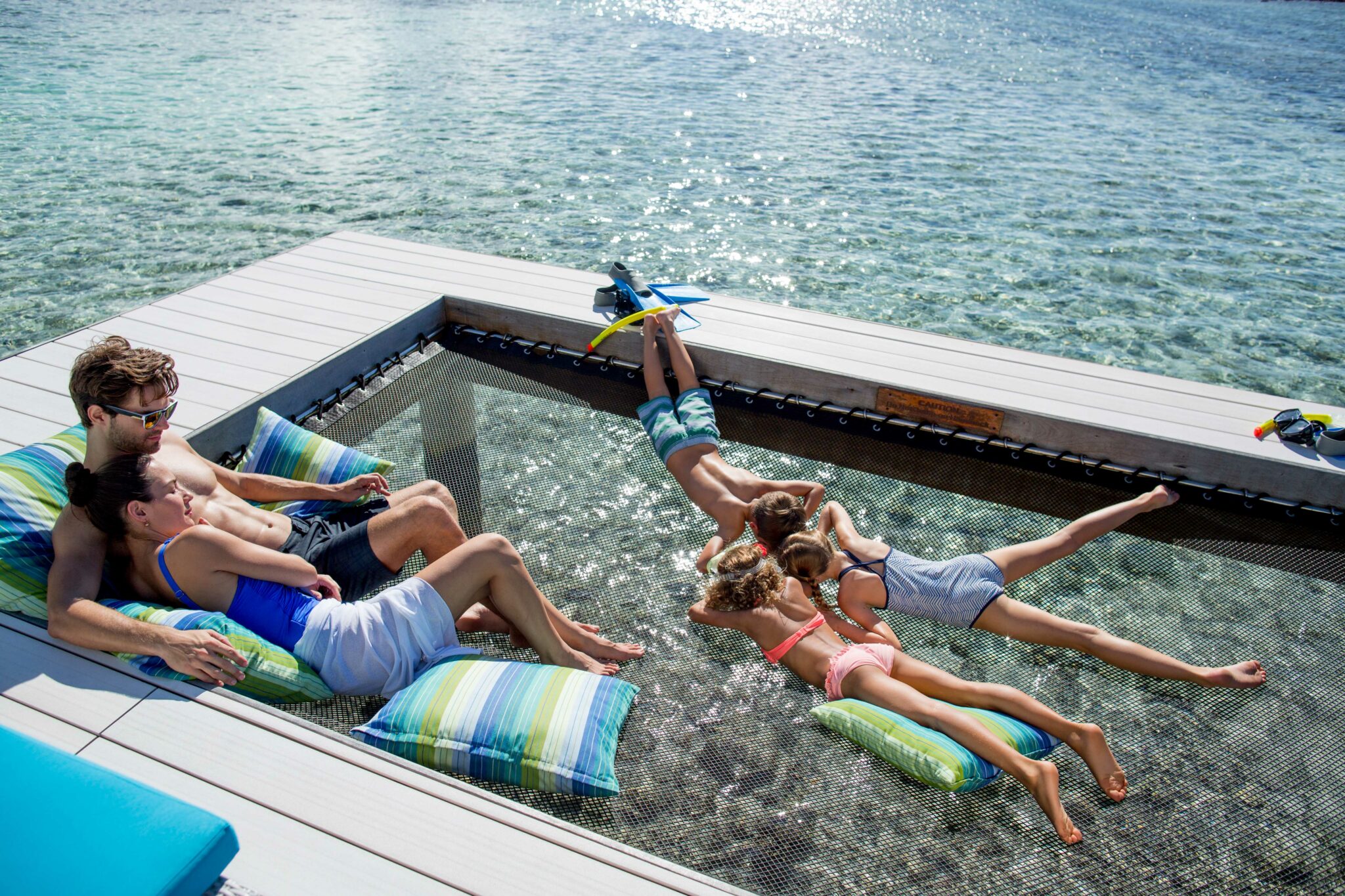 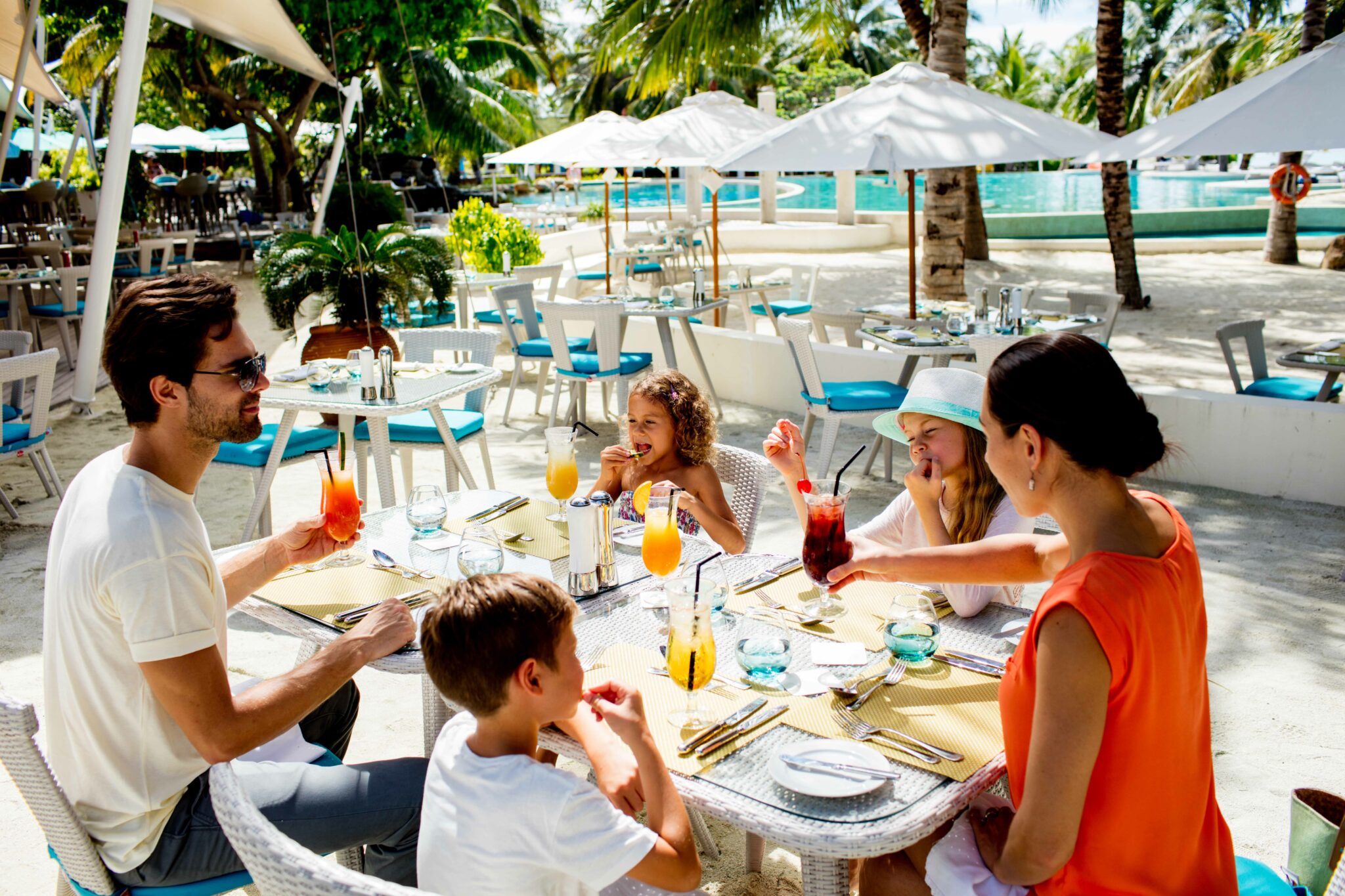 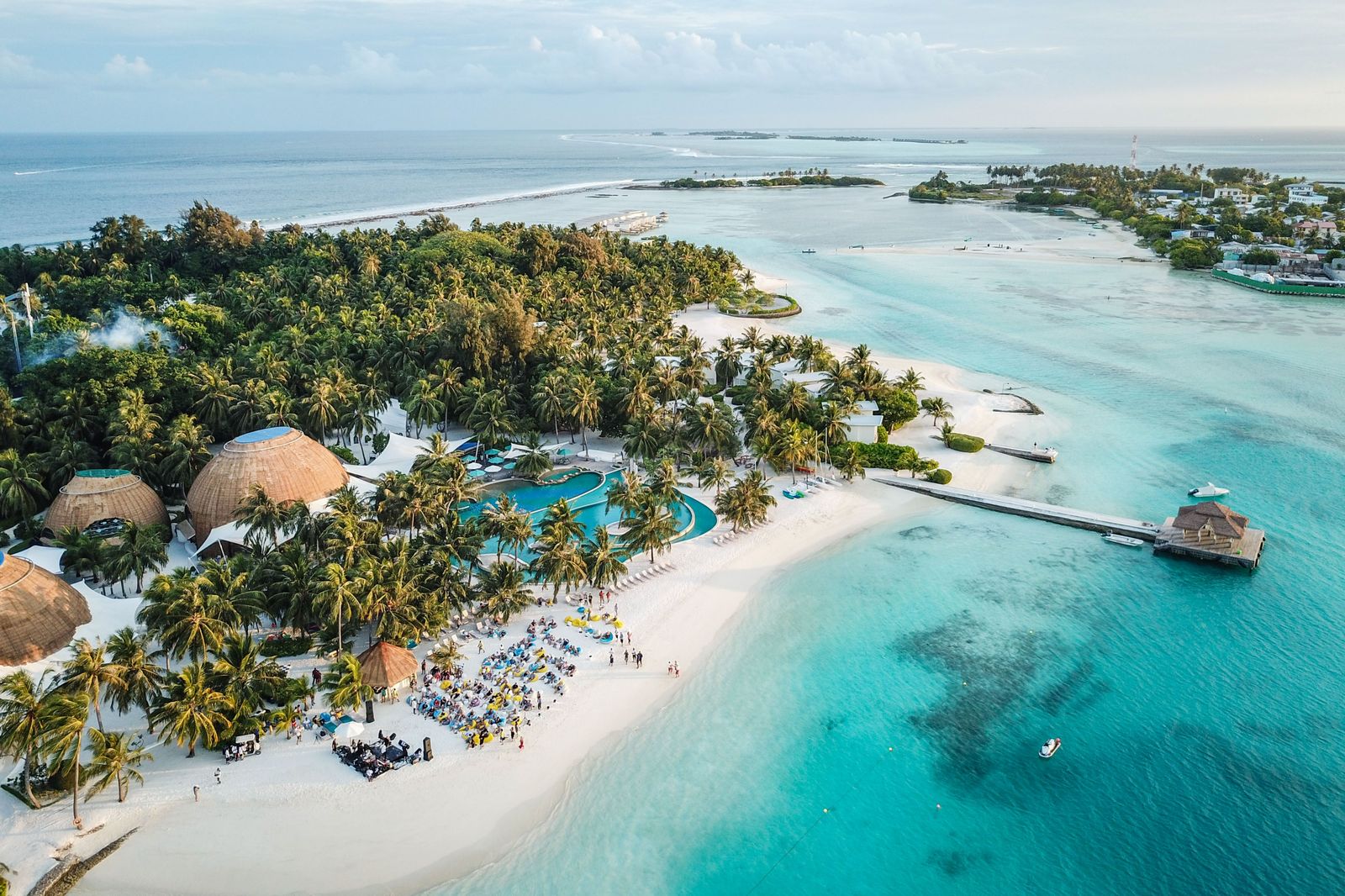 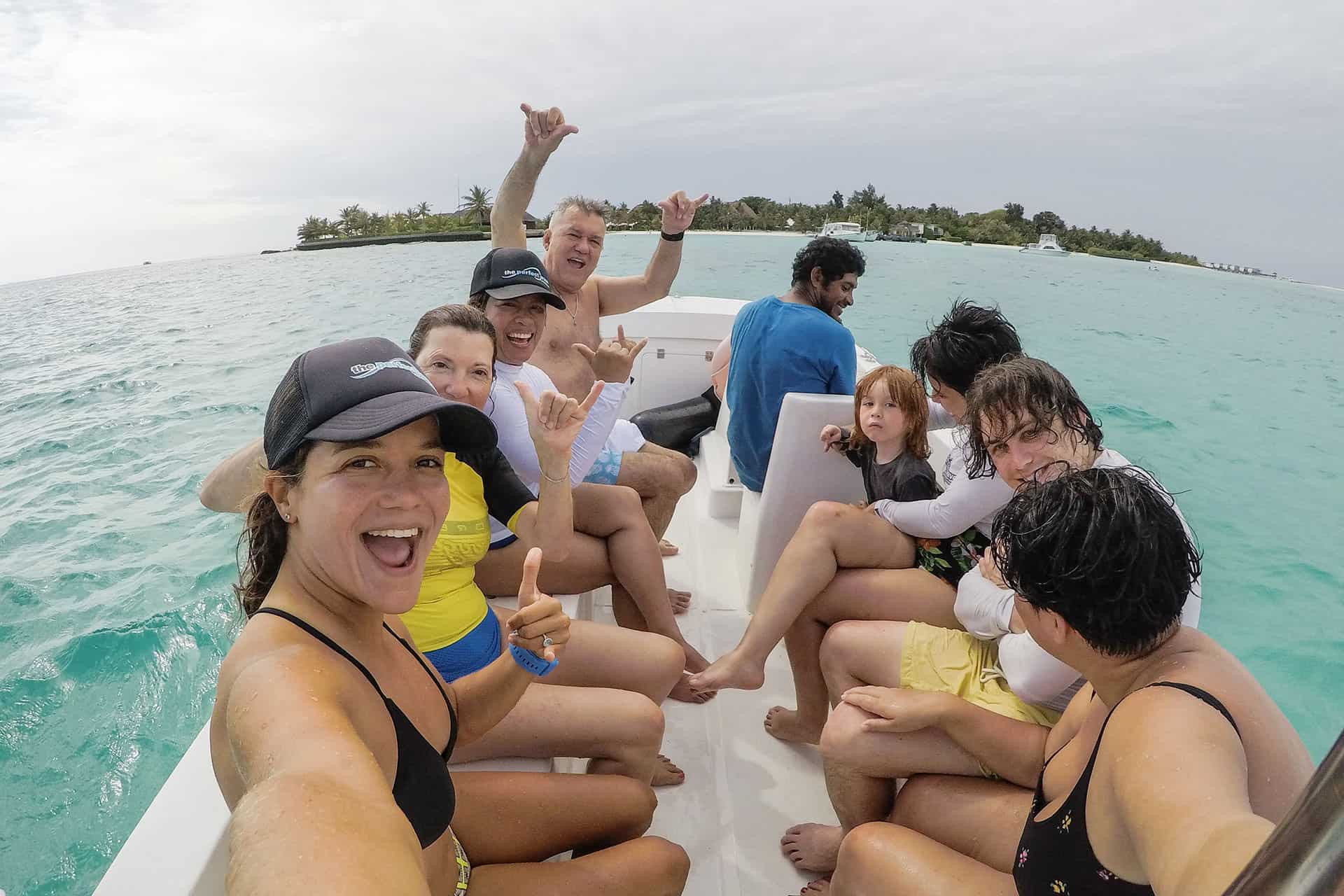 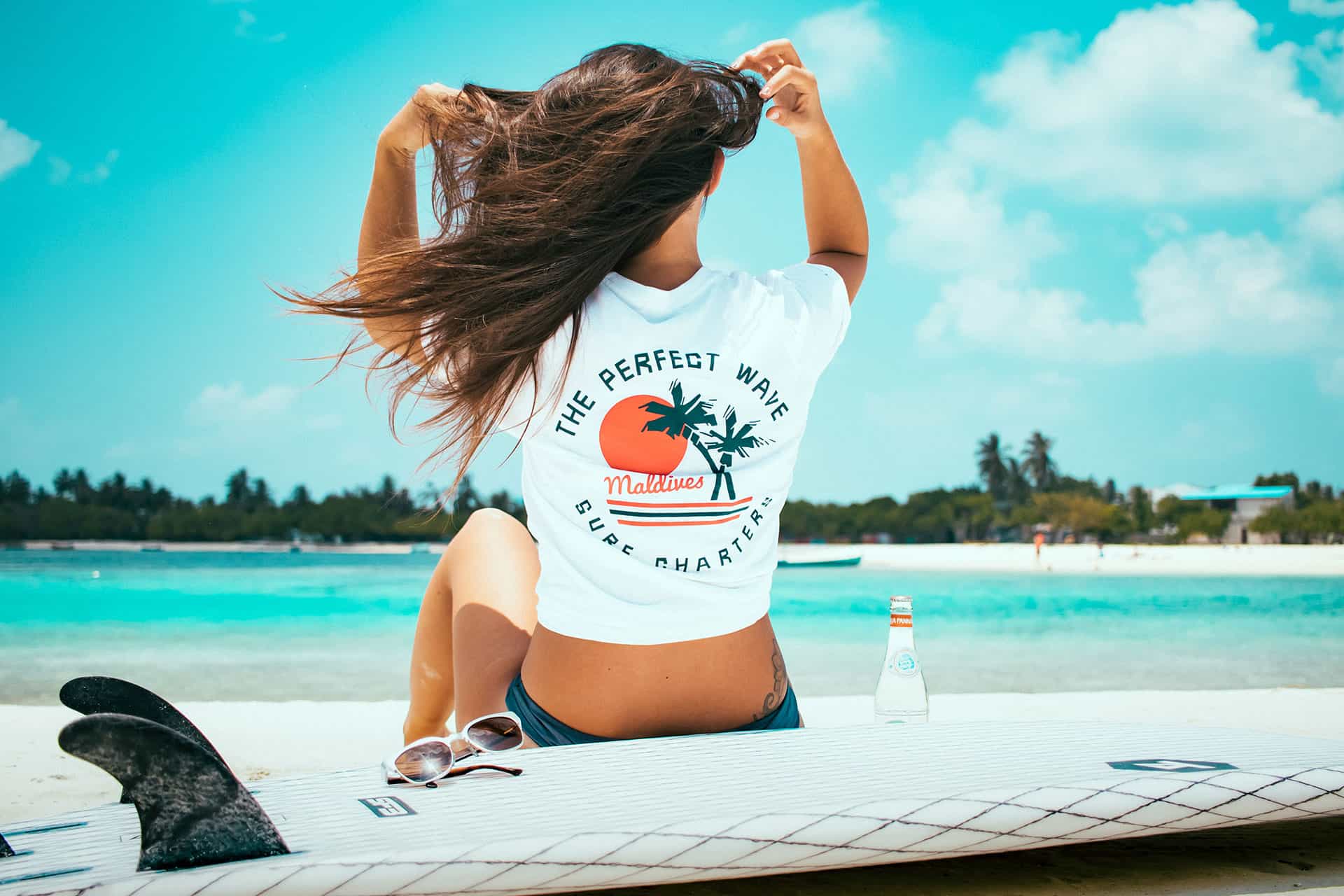 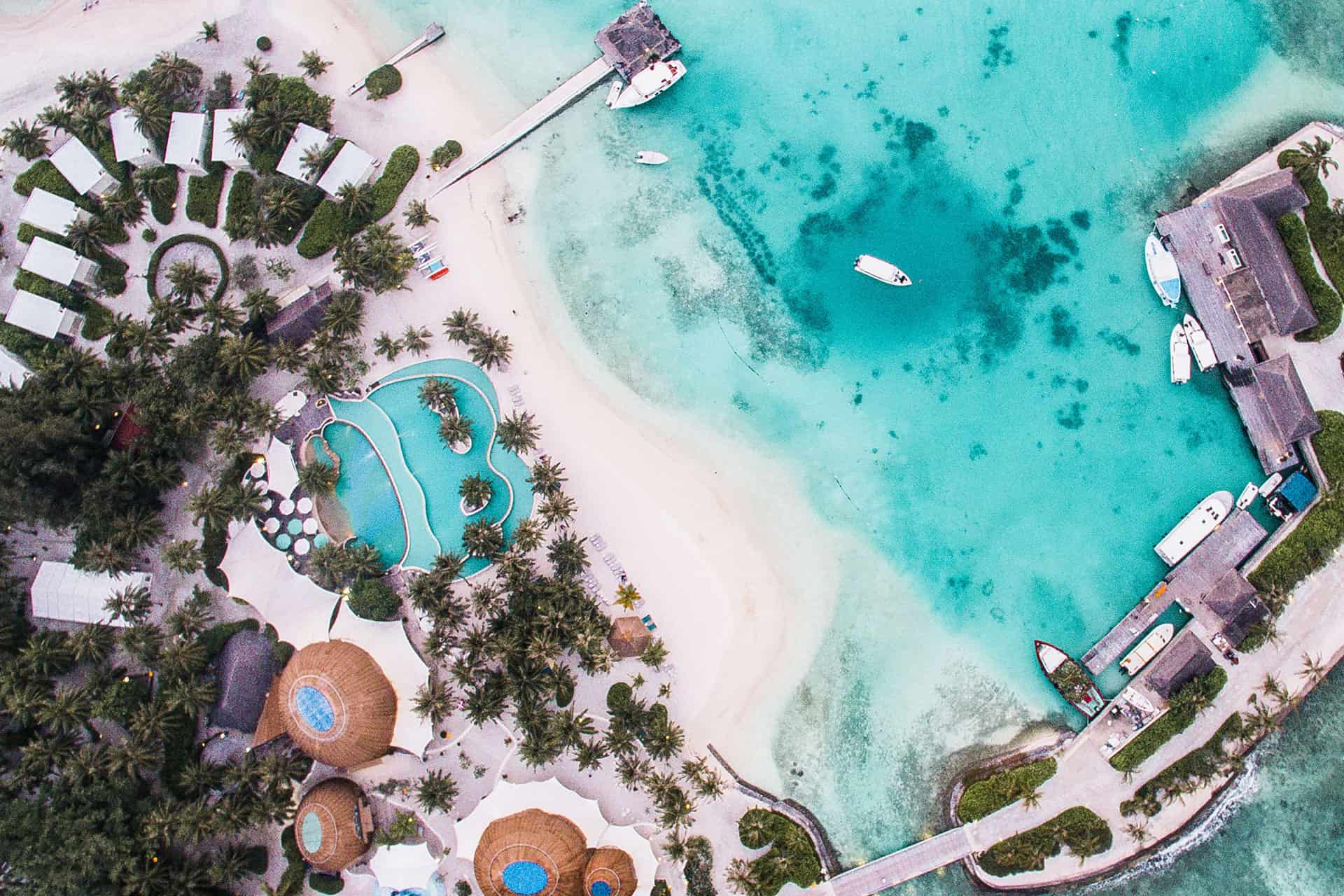 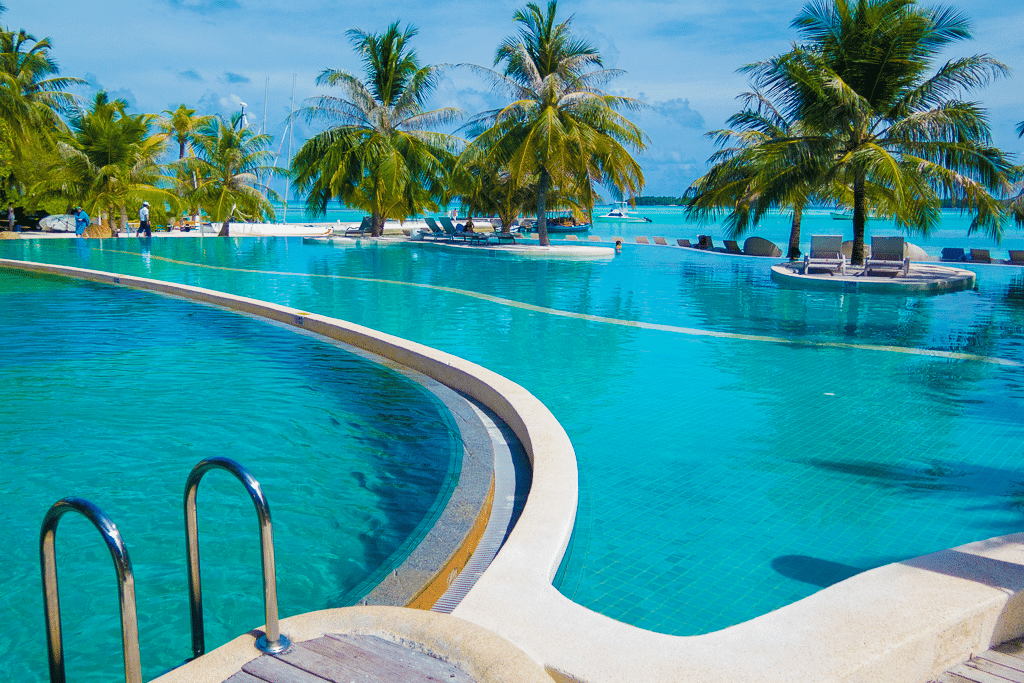 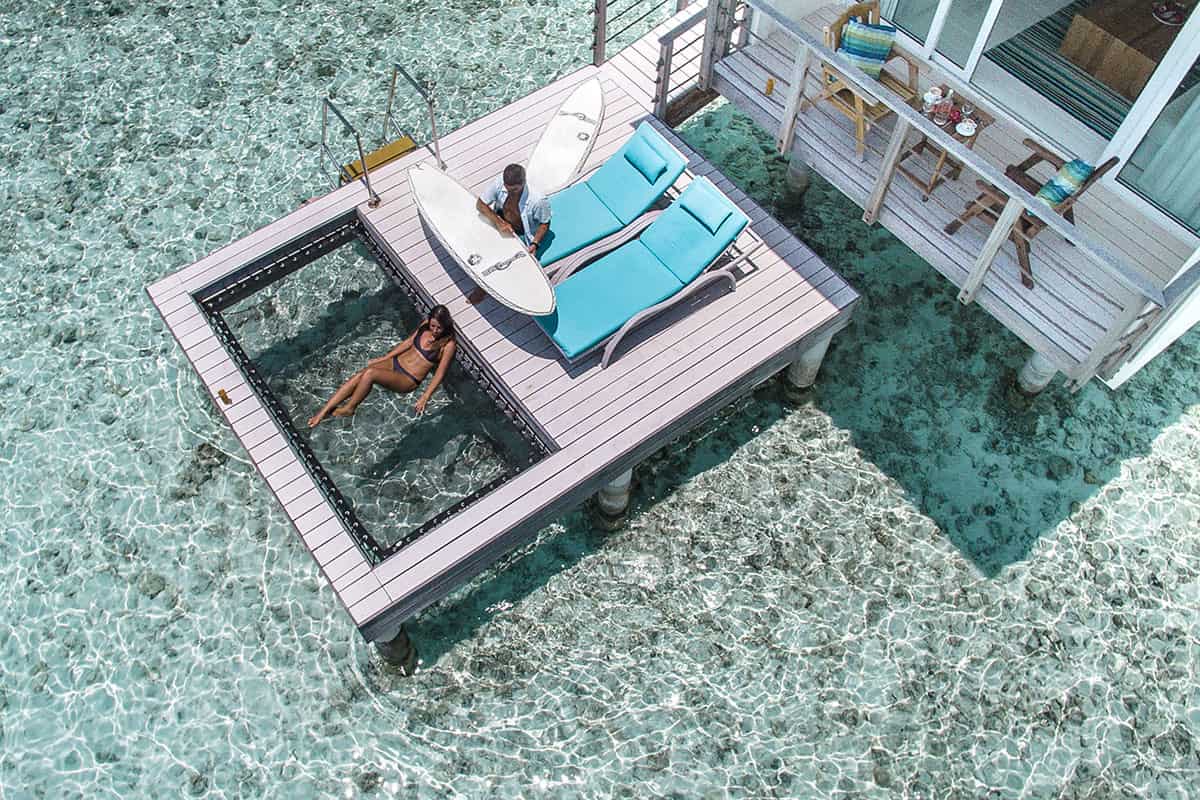 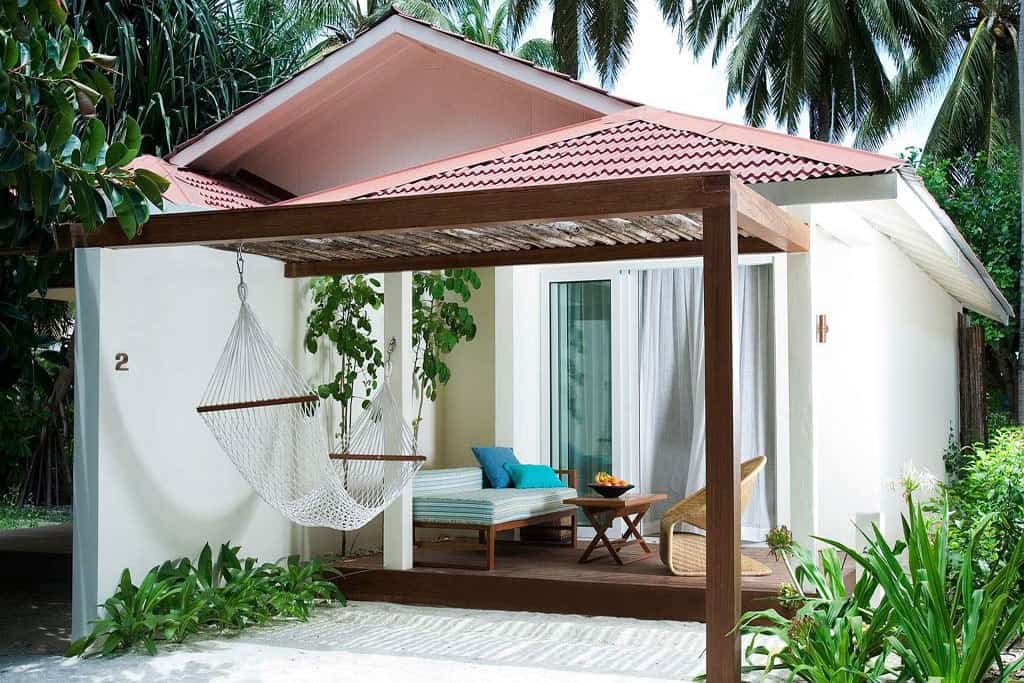 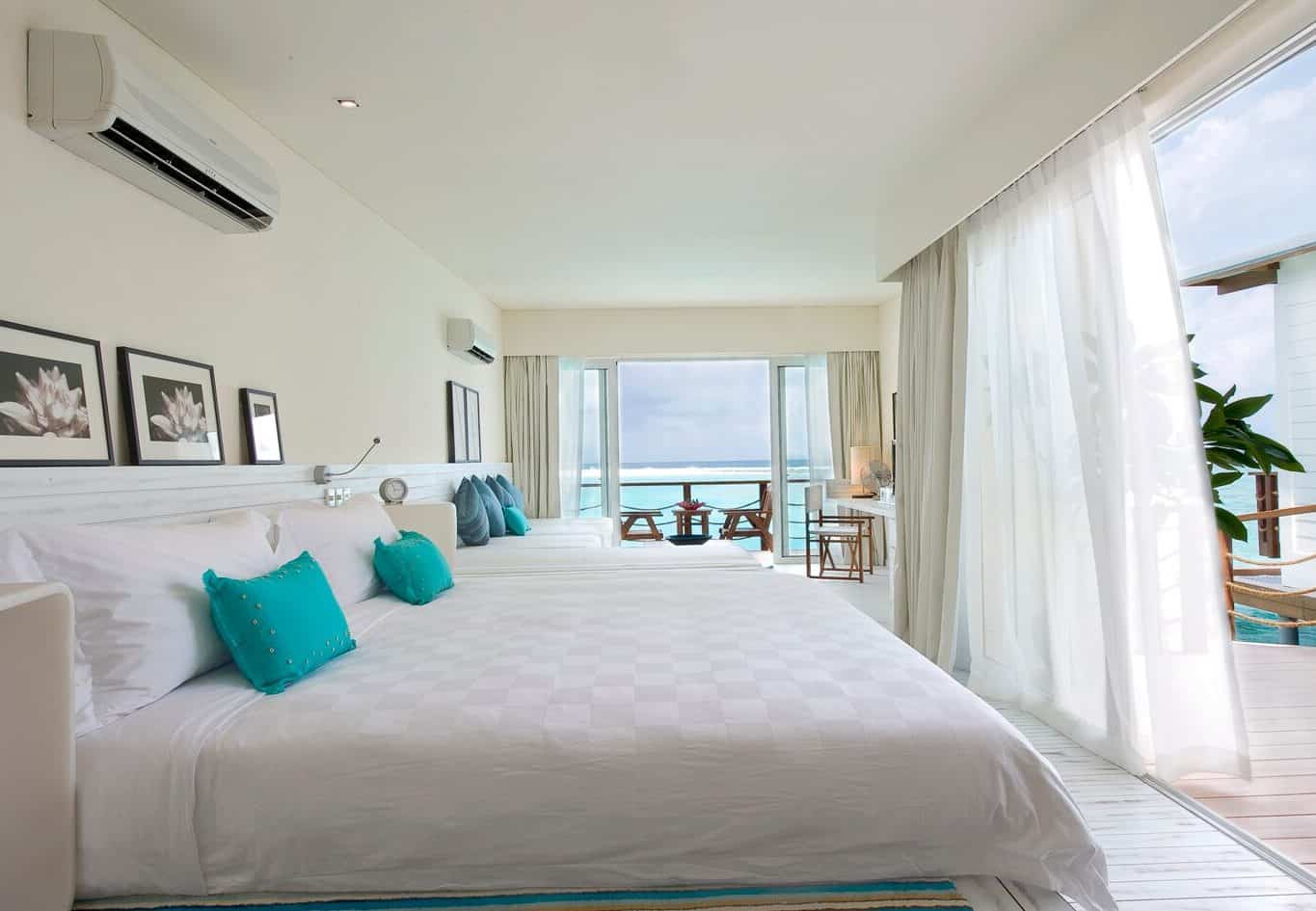 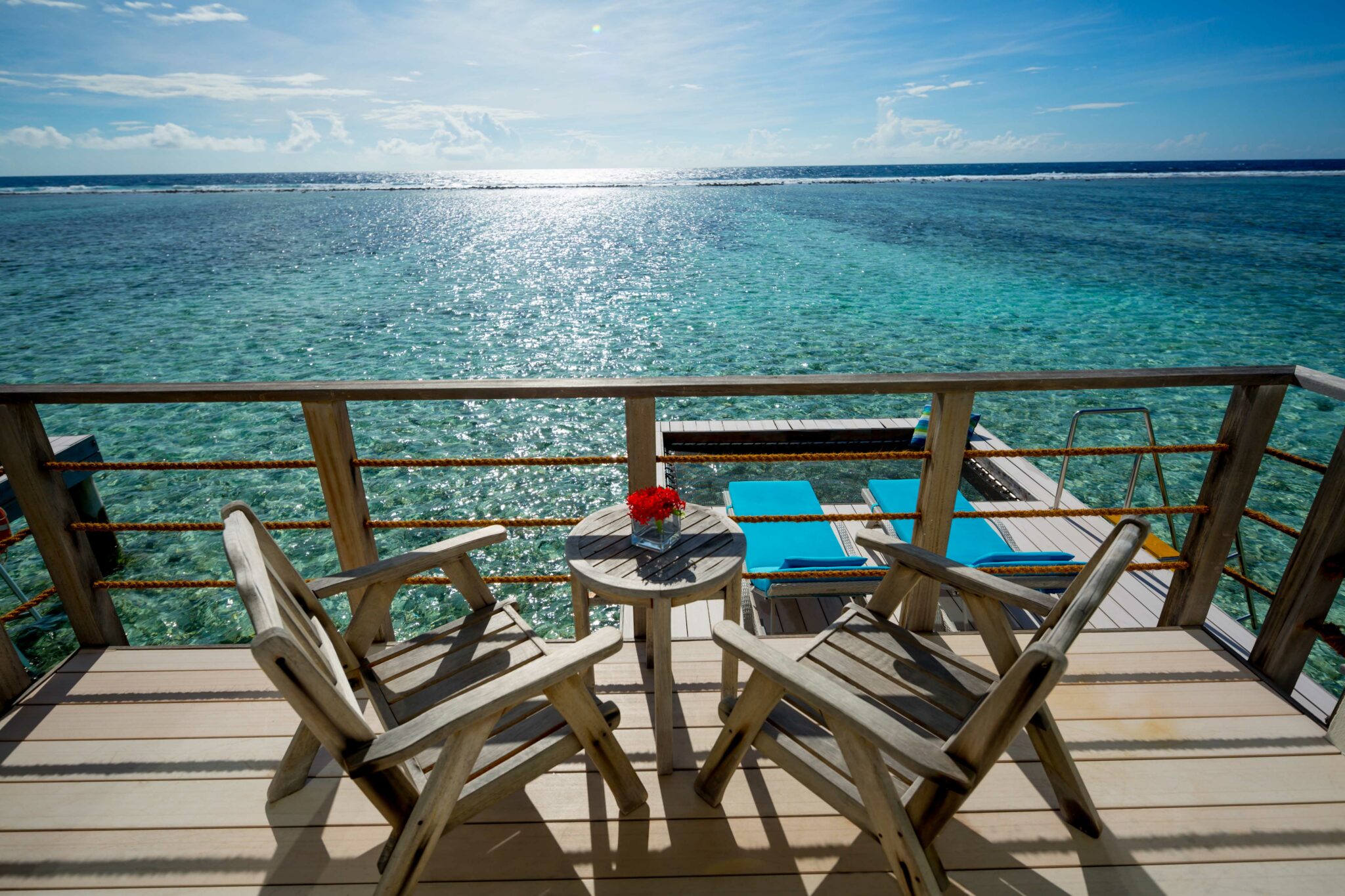 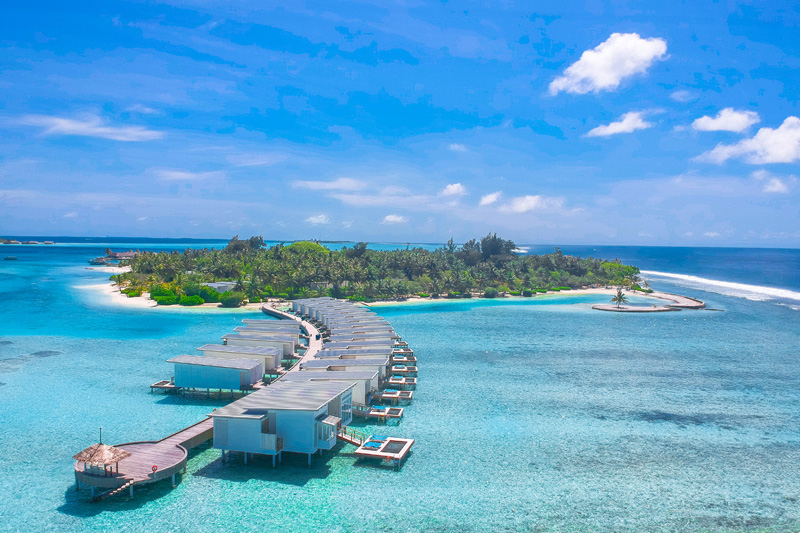 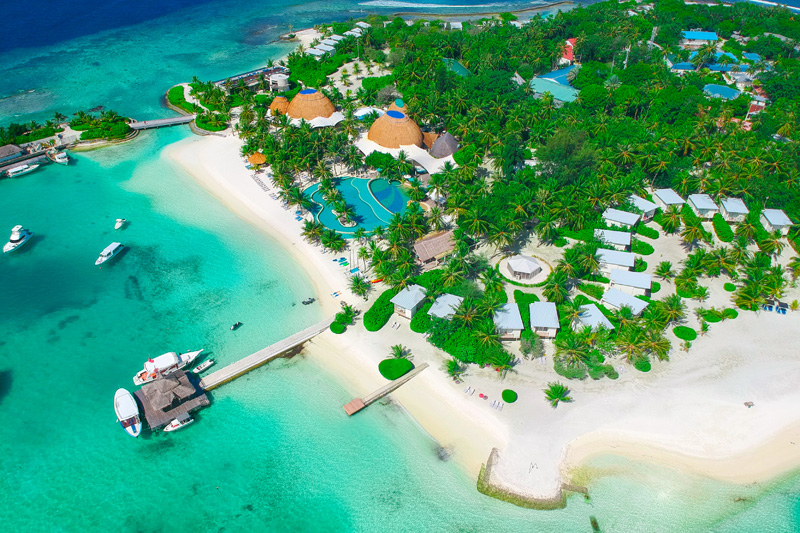 For Music In Paradise, Holiday Inn Resort Kandooma Maldives offer three categories of accommodation: Beach Villas, Seaview Beach Houses and Overwater Bungalows. All the accommodation has been built around the edge of or on the water. Each villa type is fresh and contemporary in appearance, with stylish beachy decor, whitewashed timber floors, state of the art beds and your choice of pillows (hard or soft), fresh oranges with orange press and quality tea and coffee neatly compliment any occasion. 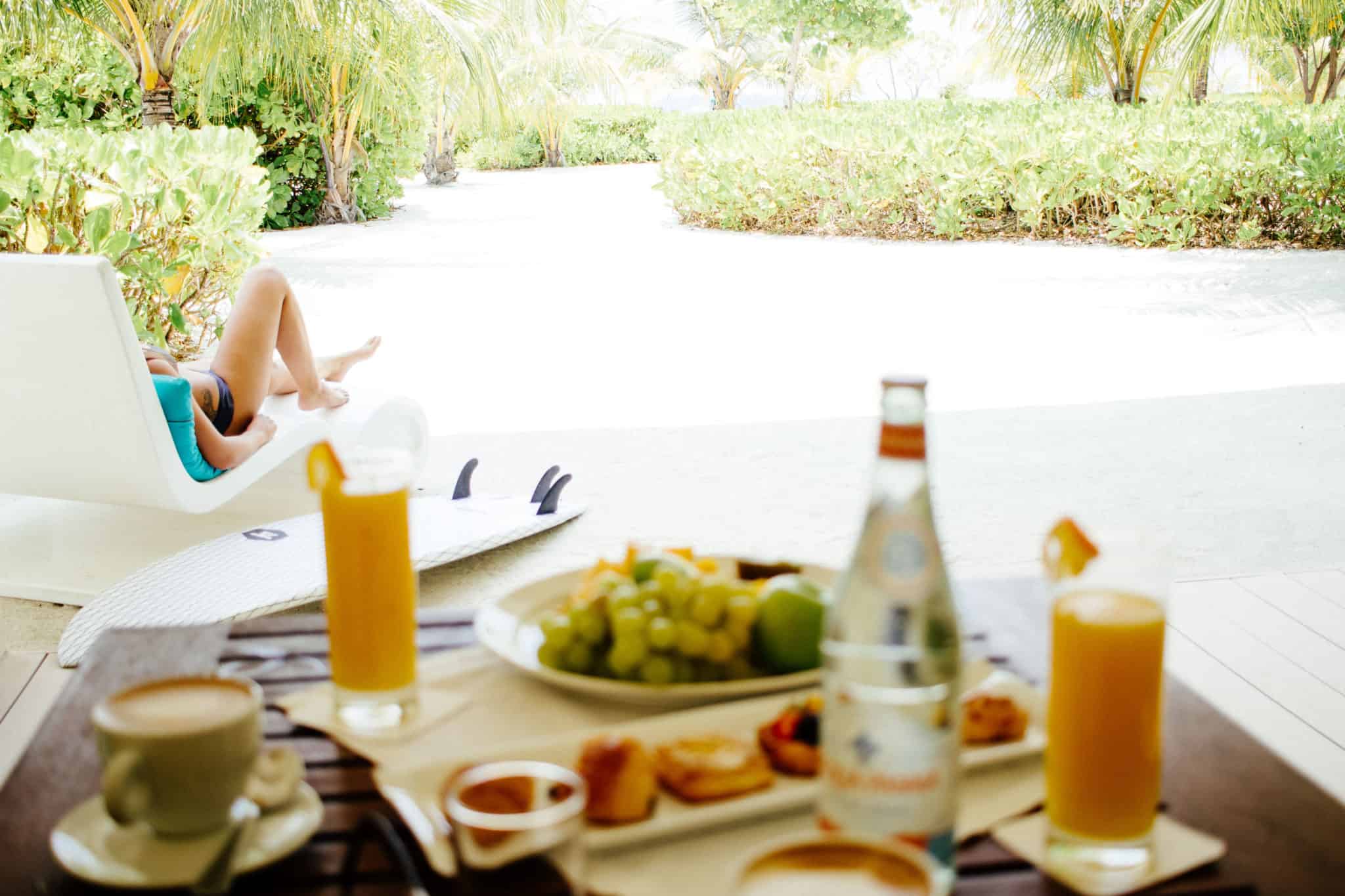 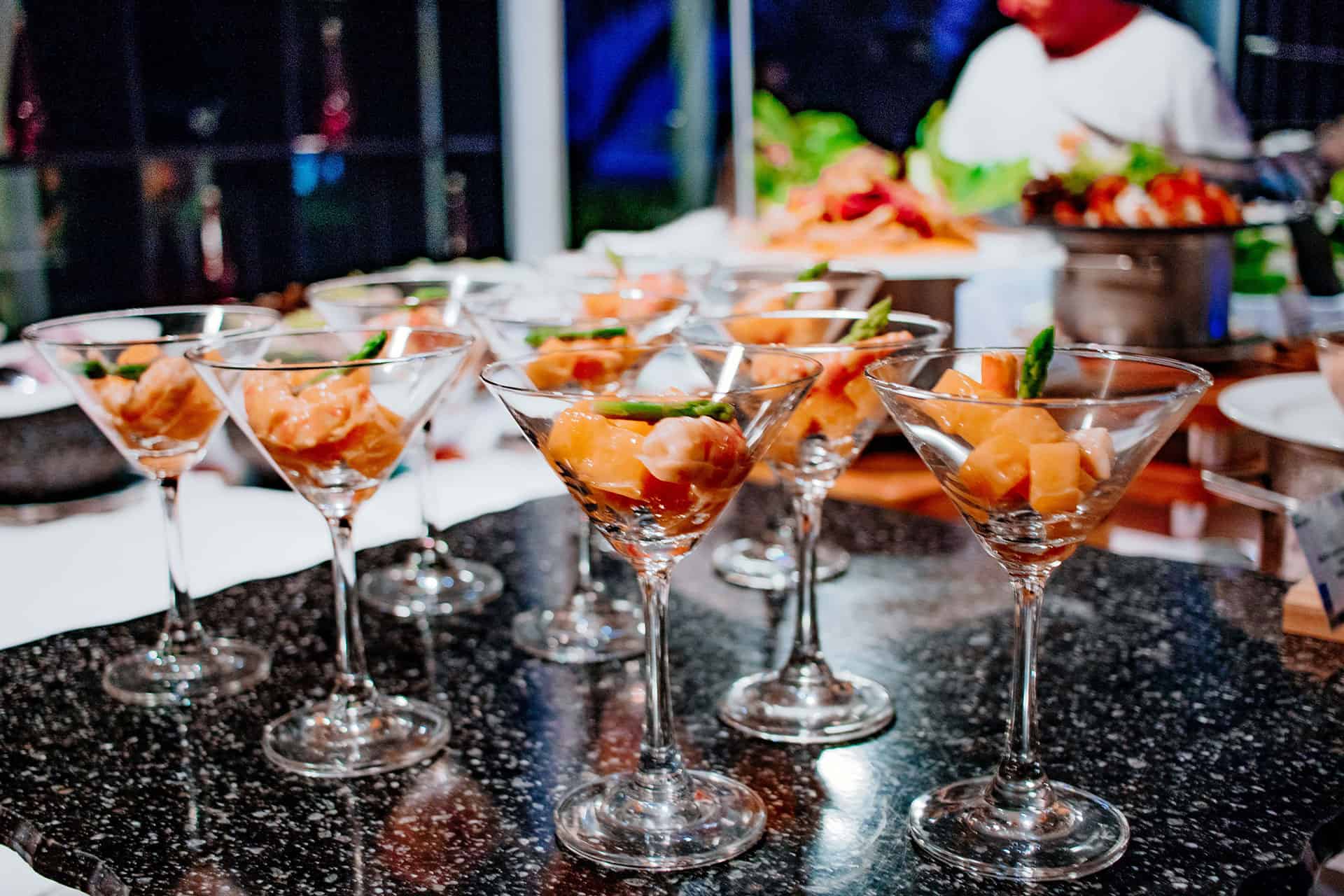 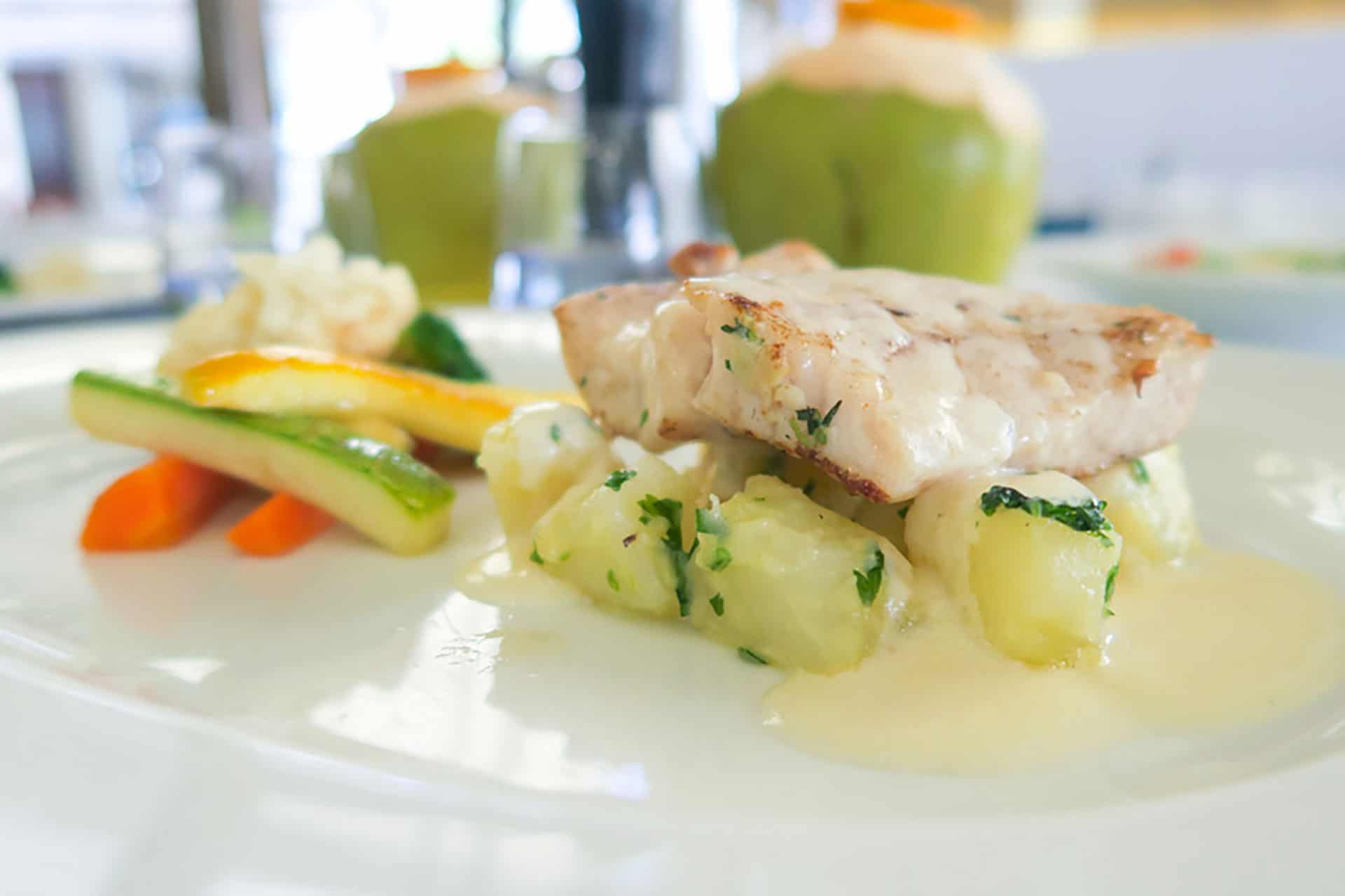 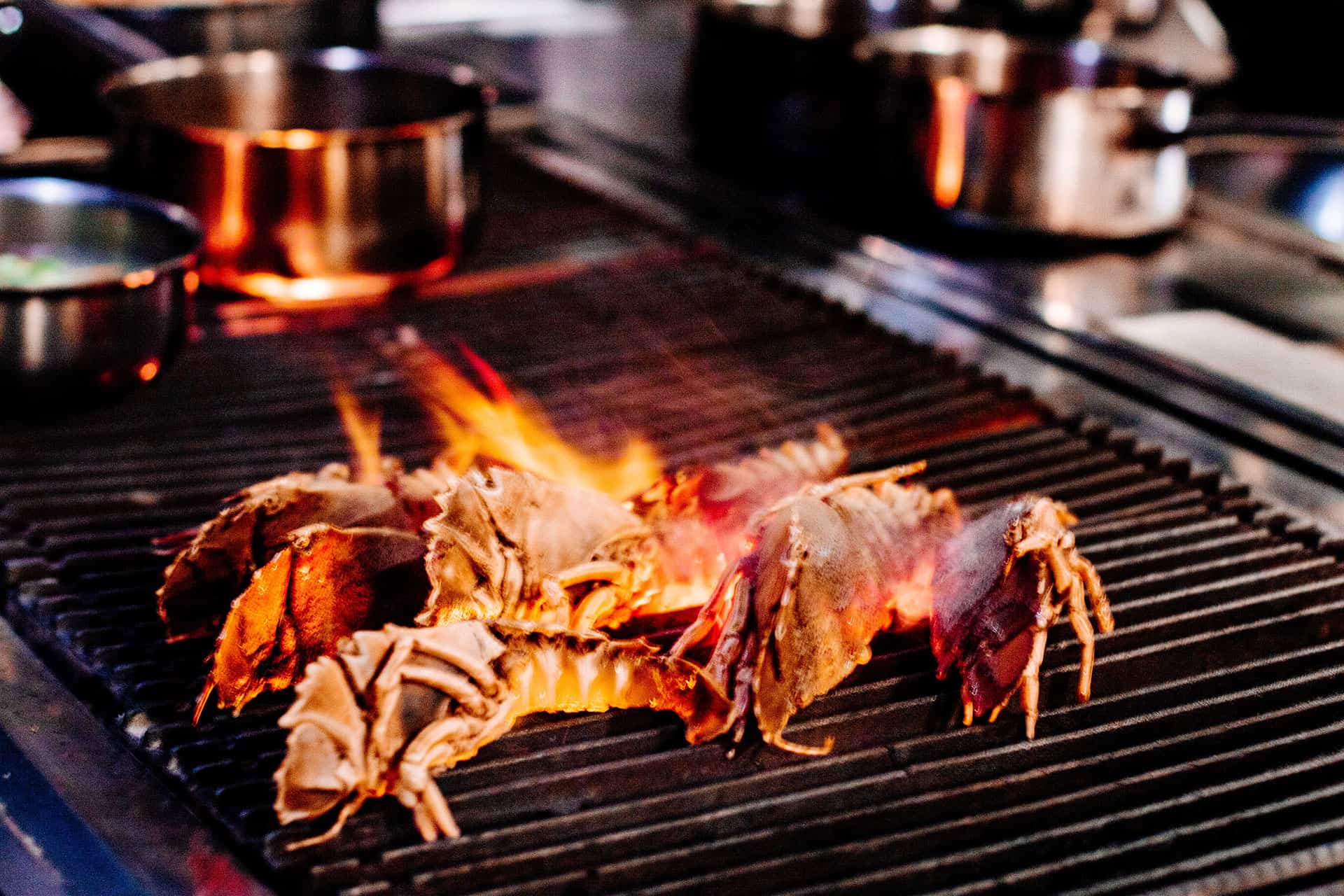 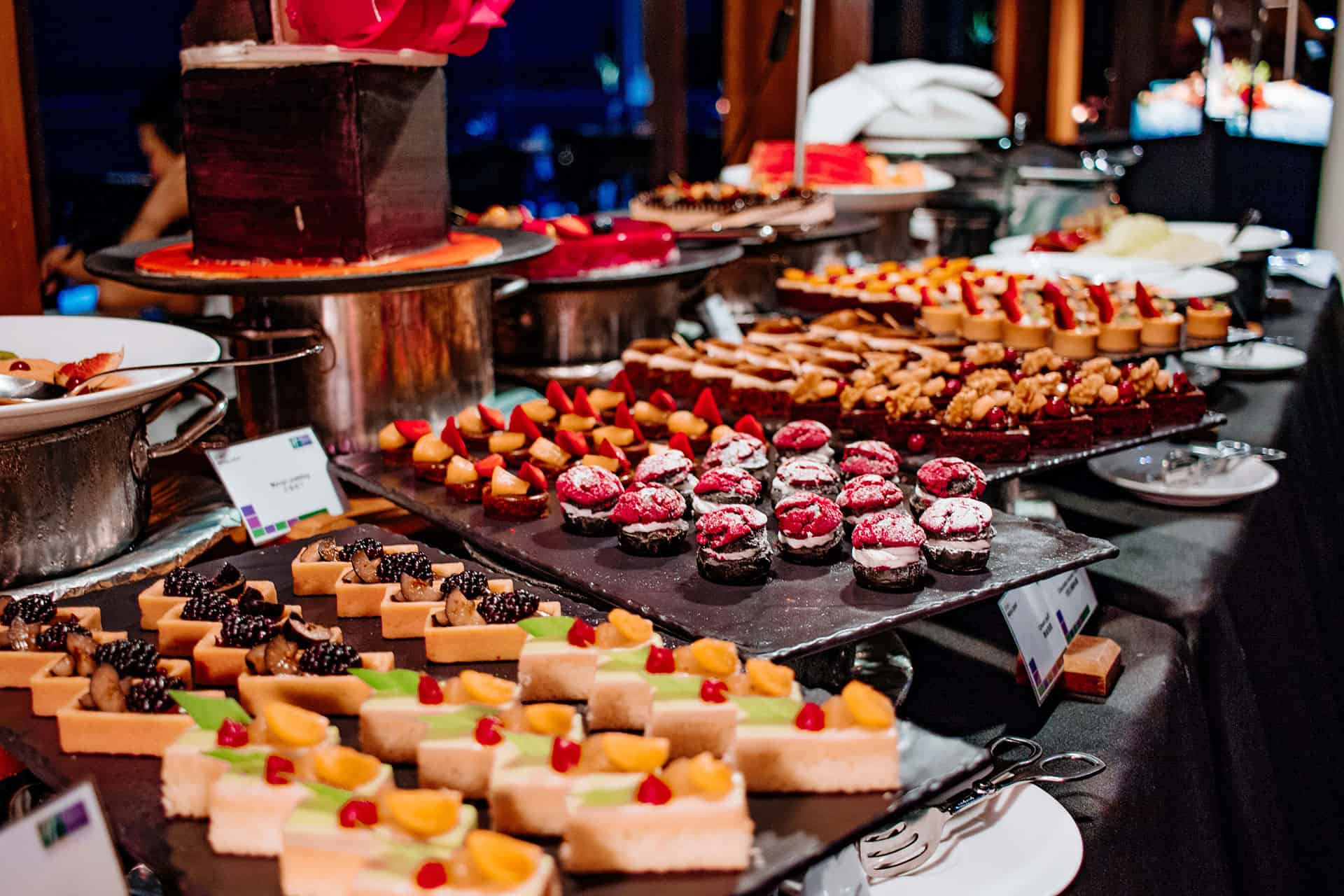 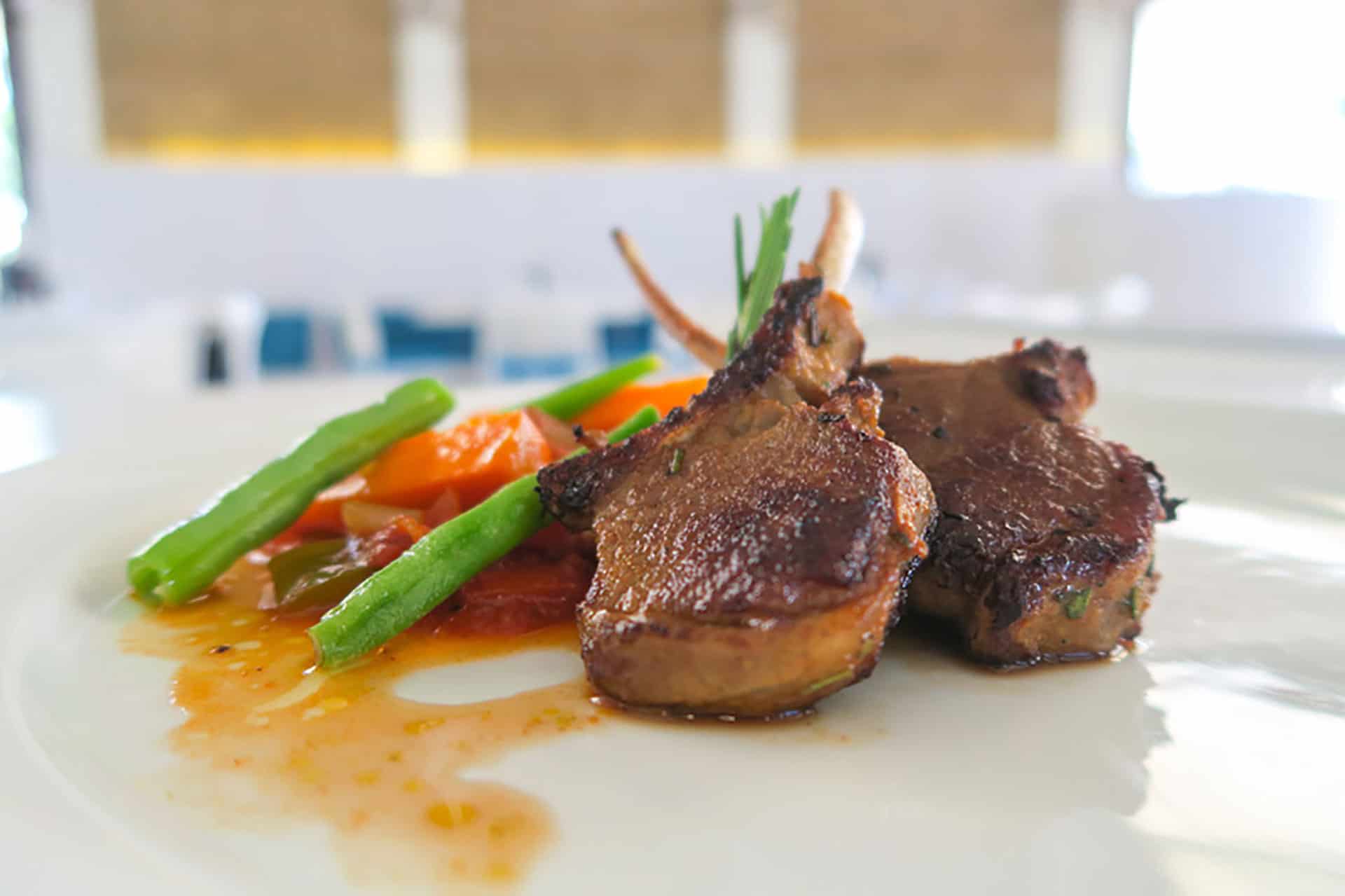 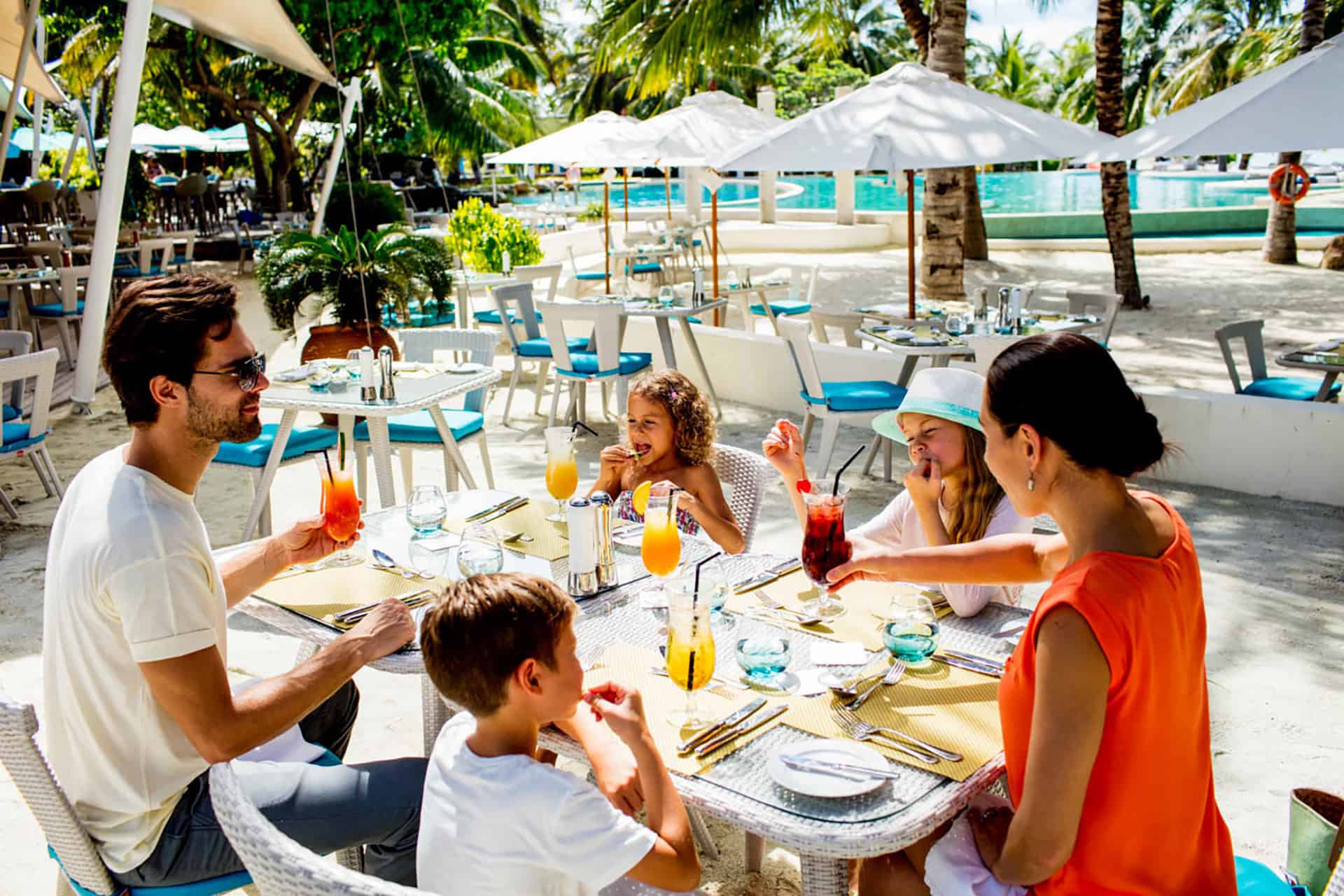 Enjoy a culinary journey as Holiday Inn Resort Kandooma Maldives, eating and drinking experiences offer everything from sumptuous buffets served at the Cafe for breakfast, lunch and dinner; to the classy a la carte restaurant, ‘The Kitchen’ offering fine beachfront dining. Wake up to fresh squeezed orange juice whilst lounging next to the amazing infinity pool flowing out on to the white sandy beach and turquoise lagoon beyond where the resident manta rays play for your snorkelling pleasure. The Sunset Bar offers the perfect sunset chill out session. You will be on sensory overload!

Evening activities on offer may include live music, discos and local folklore. You can also enjoy tennis, football, table-tennis and darts, as well as just relaxing in the expansive resort pool. Plenty to keep you busy when you are not surfing or soaking up the sun on Holiday Inn Resort Kandooma Maldives’ beach! For a sampling of Maldivian life, visits to Guraidhoo can be arranged. Perfect Wave, the world’s largest surf tour operator, run the surf program at Holiday Inn Resort Kandooma Maldives and boast experienced resident surf guides and surf instructors. Surfing is exclusive and limited to a maximum 50 surfers, so you must pre-register for the surf program. The surf breaks around Holiday Inn Resort Kandooma Maldives have something for everyone, from beginners that want to move to an intermediate level to experienced surfers wanting fast barrels and rippable walls.