What’s it like surfing with Mark Occhilupo and his 12-year-old son Jay?

There’s not a drop of cerulean blue out of place.

Fins come flying out the back of a chest-high, sheet-glass Maldivian roller and a group of guys are hooting in the water.

Among them paddles surfing-great Mark Occhilupo, smiling from ear to ear as he watches the show his 12-year-old son Jay is putting on for the guests.

Soon after, he too drops into a left, slicing through the surface in his signature style, sending a shoot of spray beyond the horizon.

For a dozen or so surfers, these are the unforgettable moments they’ve been waiting for.

Spending a week with one of surfing’s living legends on the picturesque island of Kandooma, a resort nestled in northern parts of the Maldives archipelago.

For some, it was a chance to meet an idol.

For others, it was simply an added bonus to have the former world champ’s company.

For Occy, it was a chance to do something he loves with his eldest son, and inspiration, Jay at his side. 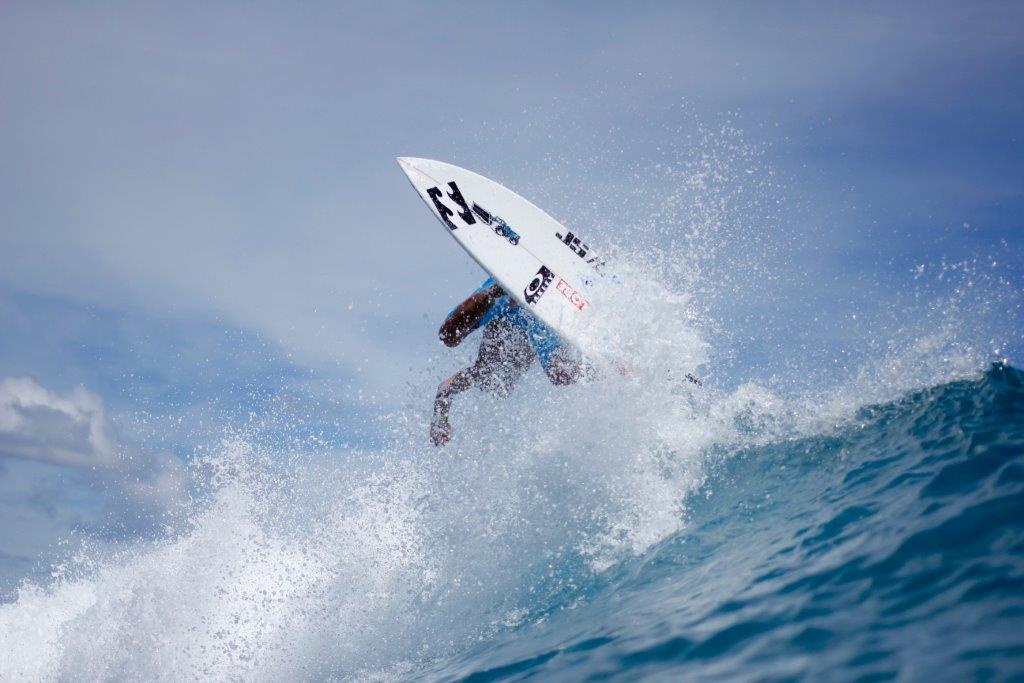 “I love meeting new people,” Occy says. “I like to get to know them, and at the end of the day everyone is so different.”

“That’s why trips like these are really right up my ally, especially in an ideal place like the Maldives.”

Each day began with a boat trip to a nearby break, later sharing afternoon beers in the sunset, and a buffet dinner by the water.

Throw in a night of some seriously outrageous dancing, a snapped Stand-Up Paddle Board, some memorable wipe-outs and party-waves with the man himself, and you have a trip these guys are likely to never forget. 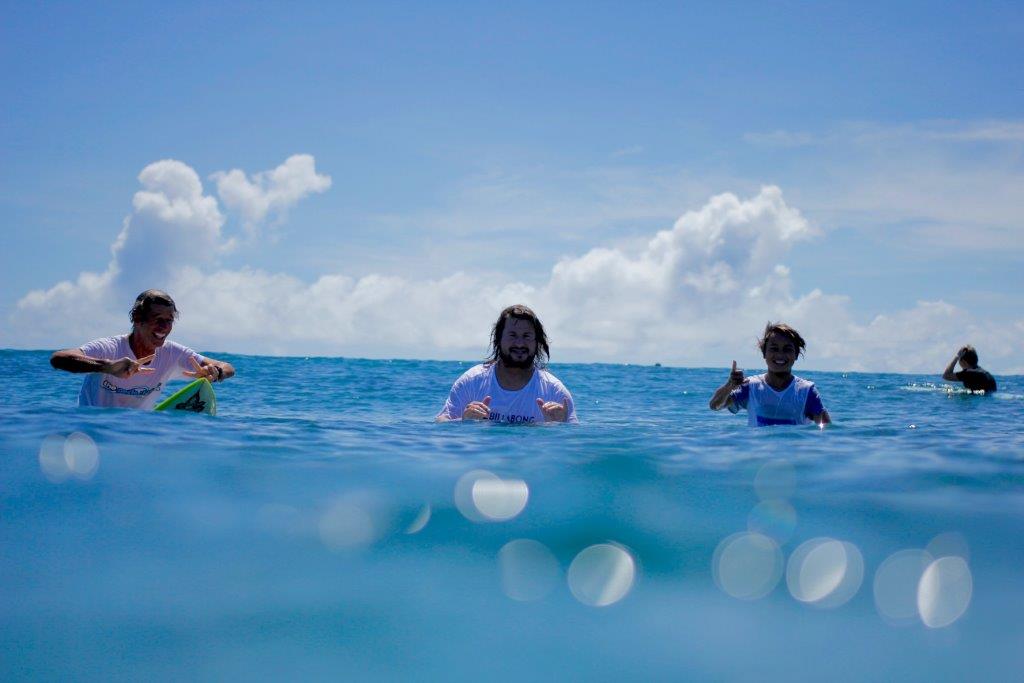 “It’s been wonderful,” says English artist and trip-proclaimed style master Paul Keating, from Devon on the final evening of the trip.

“The waves have been fun, Occy’s been great and it’s been a real blast.”

His sentiments were shared by the rest of the crew.

And, while the waves were by no means pumping, the guys were welcomed to Kandooma with a beautiful shoulder to head-high southeasterly swell.

They were in the water everyday, and Jay, who’s surfing prowess is nothing short of astounding, kept everyone keen.

“It’s so good being here with Jay,” Occy says. “He’s such a cool kid, and it really doesn’t matter what the waves are like I’m always stoked when I’m surfing with him.”

“He was out at Kandooma the other day with my good mate and legendary footballer Mark Gasnier, just doing all kinds of things on these waves.

“He had one where he literally did three airs on one wave while Mark was watching him.”

“I couldn’t be prouder of him.”

The guests loved seeing the dynamic between father and son. Each as unique and warm a character as the other.

One morning the pair walked back past the Surf Centre soon after saying they were going for a “spa”.

Hunched over and giggling like two embarrassed school boys caught stepping inside the girls’ toilets Occ tries to explain: “We thought the Spa was a hot tub,” he says between a few hearty chuckles at his own-expense. “You know, like a Jacuzzi.”

For a moment picture him and a wide-eyed Jay stepping into the resort’s Balinese-style establishment.

Soft instrumentals playing, the smell of Jasmine in the air, and women with cucumbers on their eye-lids waiting to be pampered.

We all lose it. 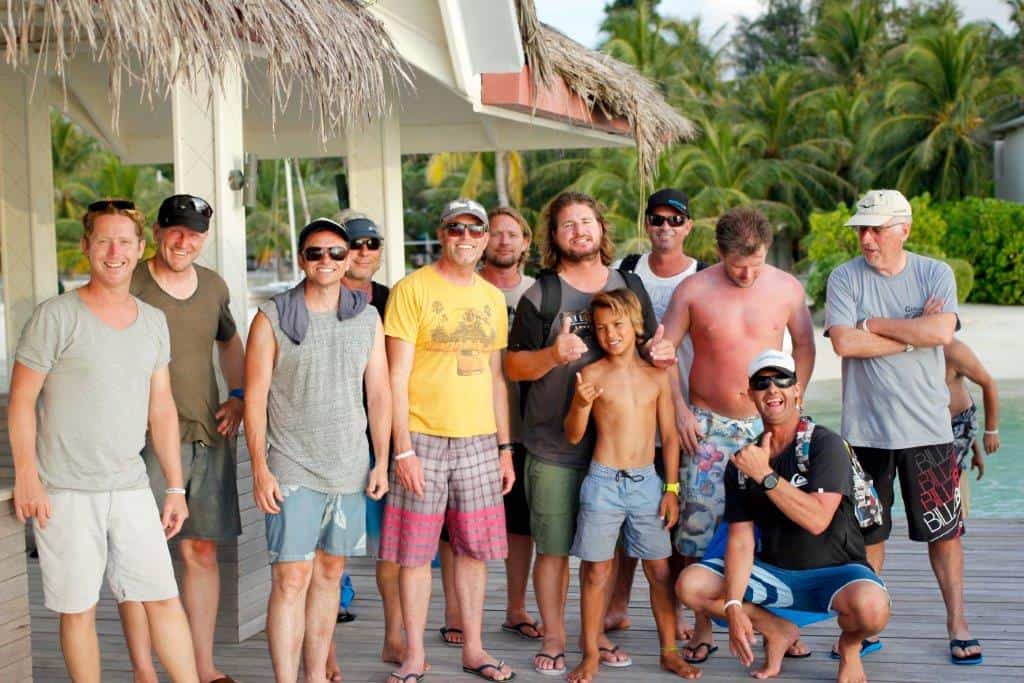 And for a second gain a tiny glimpse into the spark that for decades must have drawn so many people to this man.

If anything, Mark Occhilupo is real.

What you see is what you get, and though life is a lot different for the surfing legend than it was even a decade ago.

The same authenticity still shines behind his eyes and through his smile.

From the moment the former world champ met with his guests, he showed a genuine interest in every hand he shook and every name he heard.

An interest he maintained until the day they parted, and among the final hand-shakes and goodbyes you could see there was a great hope there’d be a chance they could all do it over again.