Pete Murray and Ash Grunwald: Long Weekend in the Whitsundays

November 2-6, 2022. Join Pete Murray and Ash Grunwald over 3 magical evenings on this specially curated Music in Paradise event in the heart of the warm, sunny Whitsunday Islands.

Set within the idyllic paradise of Daydream Island Resort, this is a Covid-safe music experience not to be missed! Pete Murray will perform two very special, intimate and extended live performances. Ash Grunwald is also performing two up-close, personal shows.

Wow… what a lineup!

The lads are good friends so who knows they may even join each other on stage at impromptu times!

2 HALL-OF-FAMERS, 1 SOLO GIG EACH AND A Double FINALE

Enjoy exclusive, intimate, sunset shows featuring both Pete Murray and Ash Grunwald playing all of your favorite songs over 3 evenings. Both will take to the stage solo for one night each and then enjoy these two iconic Aus legends performing back to back shows on the final night. They are great buddies, so don’t be suprised if they join each other to bang out a couple of impromptu classics.

Daydream Island Resort & Living Reef is ideally located in the heart of Queensland’s Whitsundays Islands and the gateway to the World Heritage-listed Great Barrier Reef. On an island as beautiful as Daydream, each of the rooms and suites offers a delightful view across lush, tropical gardens or looking out to the impossibly blue waters of the Whitsundays.

This specifically curated Music in Paradise event features homegrown Australian music legends performing in an idyllic and most suitable to the times Australian destination. Unlike any other experience, you get to meet these iconic legends, get a professional photo opportunity, get your event poster or t-shirt signed and even share a tale over a beer or cocktail if you’re lucky.

BRONZE EXPERIENCE
Entry to 3 x Nightly Events
One solo gig each, and then a double finale.
Music In Paradise Gift Bag
Event Poster

SILVER EXPERIENCE
Entry to 3 x Nightly Events
One solo gig each, and then a double finale.
Music In Paradise Gift Bag
Event Poster

GOLD EXPERIENCE
Entry to 3 x Nightly Events
One solo gig each, and then a double finale.
Music In Paradise Gift Bag
Event Poster 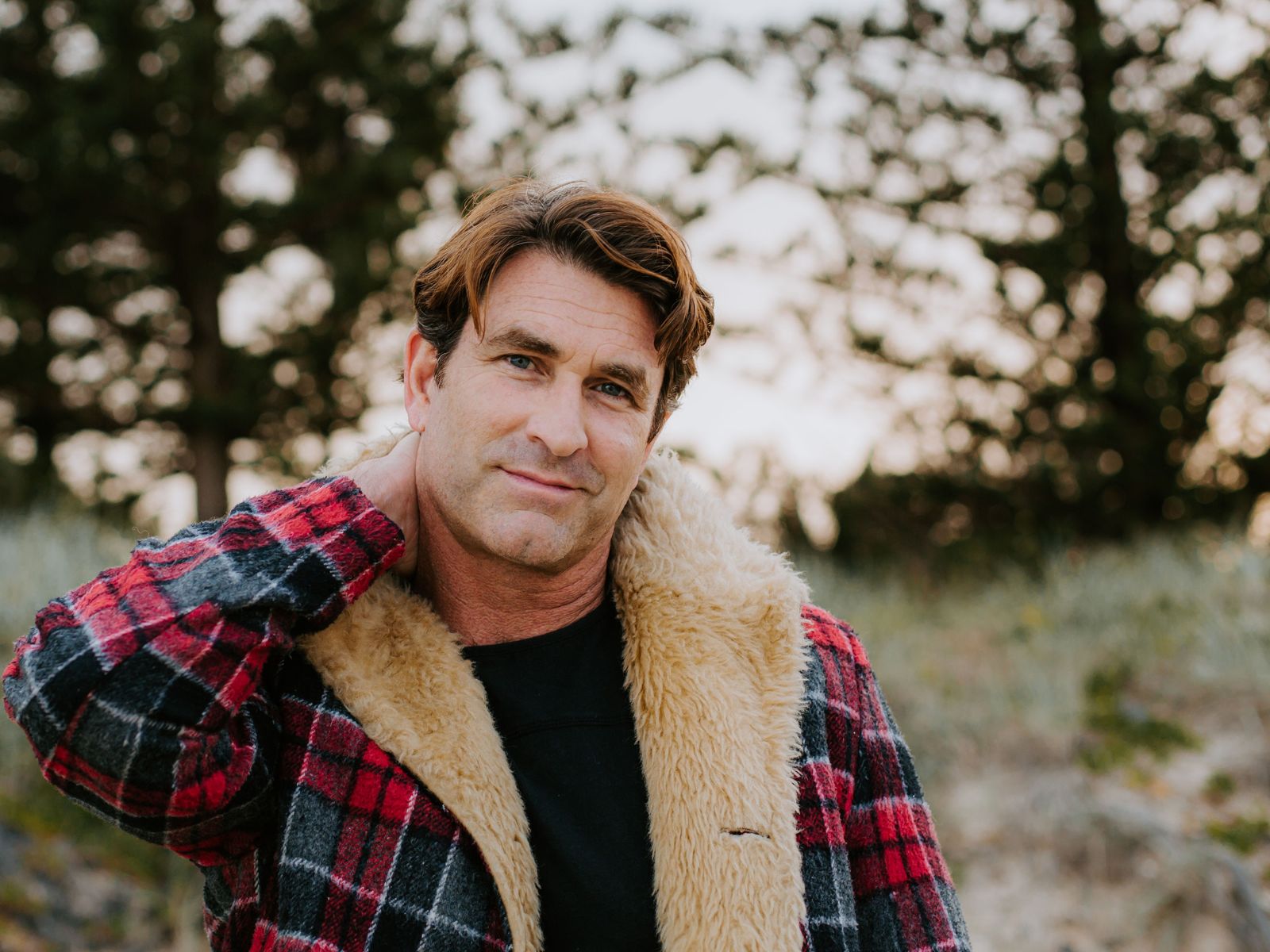 is one of Australia’s most loved singer songwriters. The quiet achiever of Australian music is committed to constantly growing and evolving as an artist and gets a thrill from offering fans new and exciting material with each release.

Pete has released 7 albums over an impressive career and is one of only a few Australian artists with over 1 million album sales under his belt.

The quiet achiever of Australian music, Pete Murray released his anticipated new EP, The Night, in March 2021. After impressing with ‘Found My Place’, his driving song about offering wisdom to your kids, and backing it up with the tenderness and beauty of the introspective ‘If We Never Dance Again’, Pete had the music industry buzzing.

In April 2022 Pete releases new EP Before I Go, a stunning follow-up to The Night. Stand out single ‘You Give Me Something’ was written by Pete Murray and with DNA producers David Musumeci and Anthony Egizii. From a song writing session that flowed well from start to finish, Pete spent the next year or so experimenting in his own home studio with strings, beats and guitar parts to lift the dynamics, with some help from his good friends Garrett Kato (producer) and Dustin McLean

“To promote your new music, you need to be able to tour and play live, so I was totally ready to get out and play this record live but Covid killed that idea,” Pete said. “Thank goodness live music is starting up again for this EP Before I Go. At least I can play these songs live now! Honestly, I can’t tell you how good it is to be back playing live music. These special, intimate shows in November to promote both EP’s The Night and Before I Go. Covid hasn’t allowed me to tour these songs yet so I’m very pumped about it.” 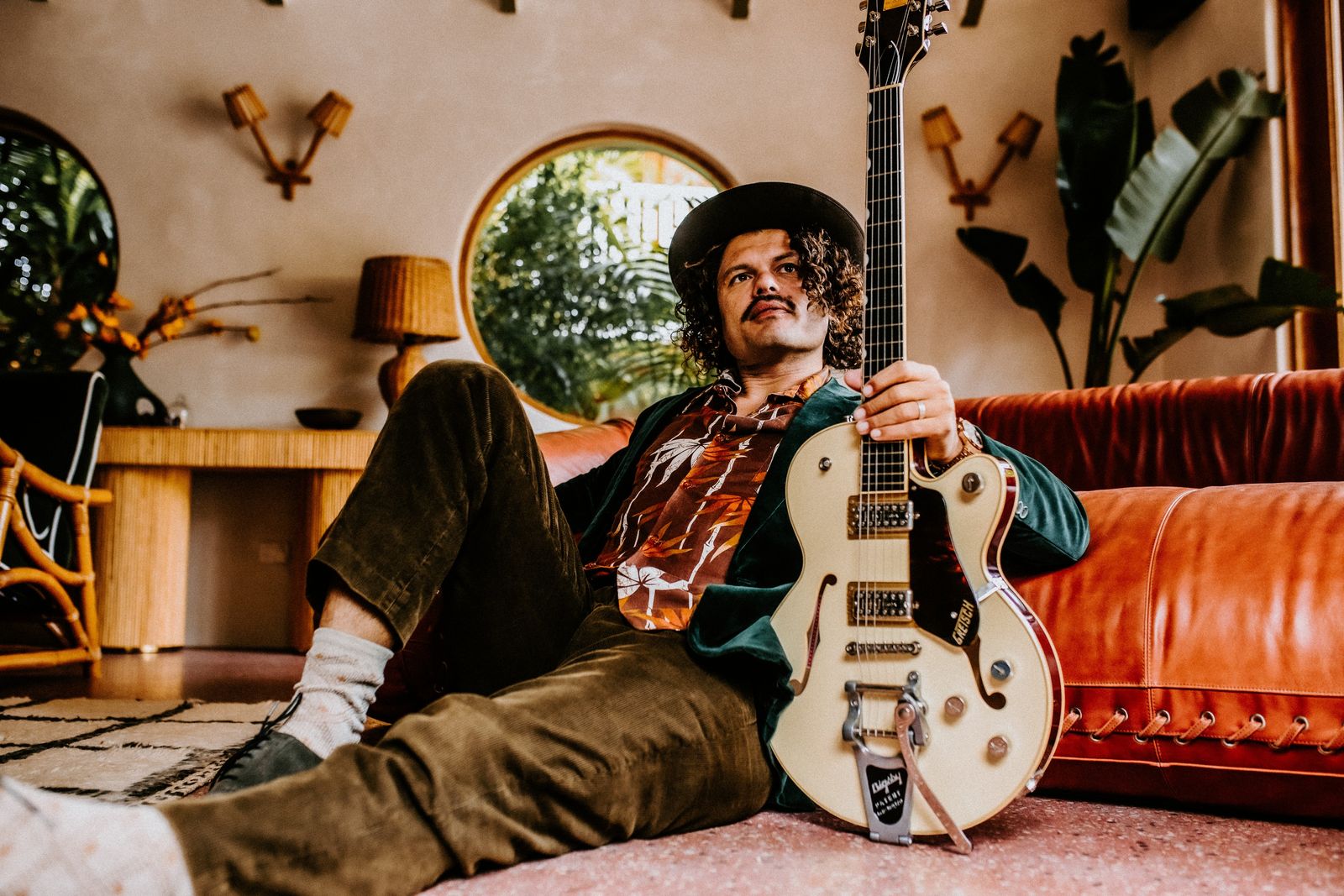 Following his top-10 collaboration with Josh Teskey, 2020’s Push The Blues Away, Ash Grunwald delivers his most personal album yet with Shout Into The Noise.

Working with Grammy-nominated songwriter and producer Lachlan Bostock from Mansionair, Ash has crafted the finest album of his career.

Ash Grunwald is now one of Australia’s most successful blues musicians ever, with six top 50 albums and two APRA Awards.

In addition, he’s been nominated for five ARIA Awards and four AIR Awards, and he was named Best International Act at the LA Music Critic Awards in 2014. In 2019, Ash published his first book, Surf by Day, Jam by Night, which combined his two passions – music and surfing. 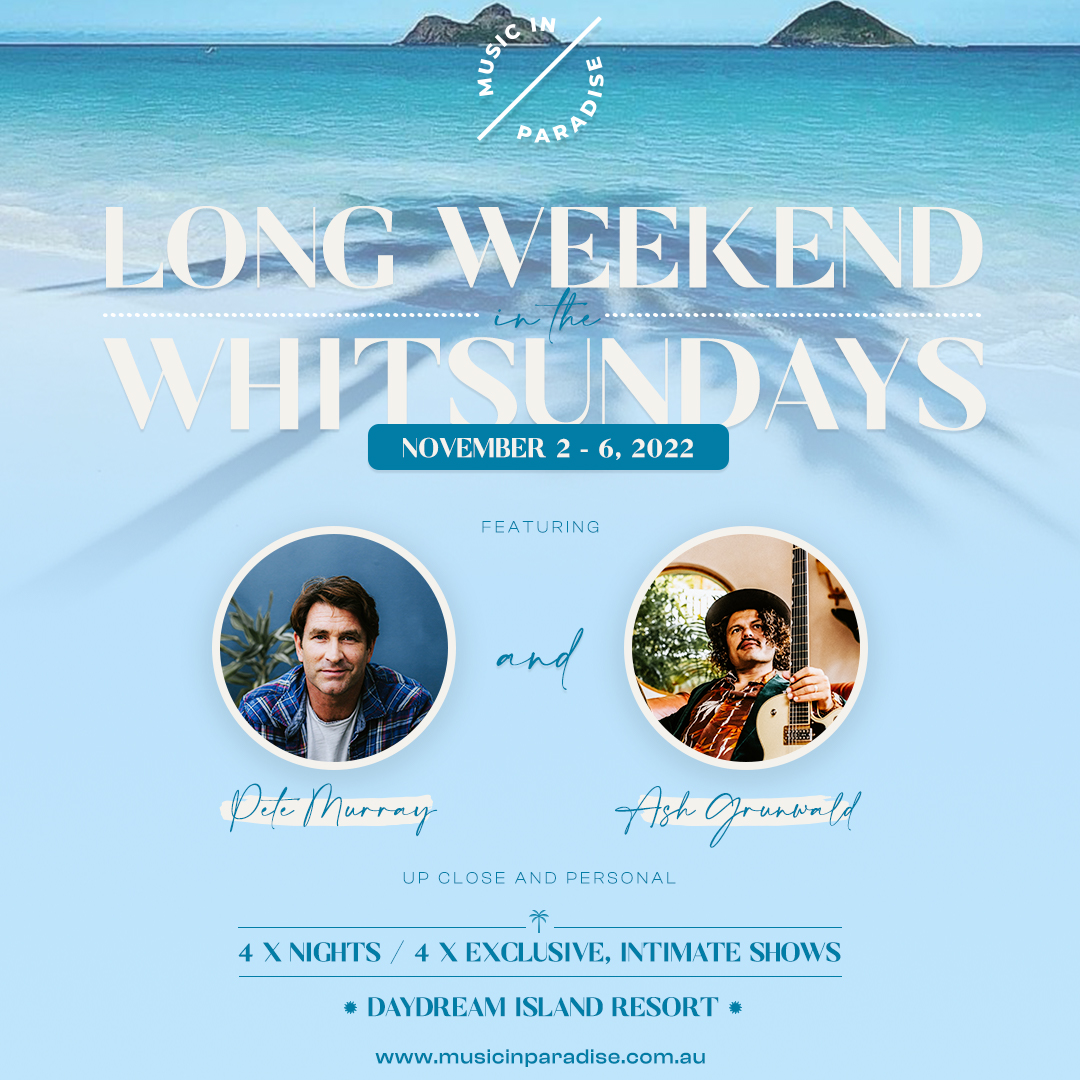 Breathe in the magic of the Whitsundays!

Choose from a range of spacious and modern accommodation rooms and suites, fresh and contemporary in appearance, with clean lines and minimal clutter, incorporating all modern amenities. Large windows mean that you are only a glance away from the stunning views overlooking the resort pool landscapes, tropical gardens or impossibly blue waters of the Whitsundays. 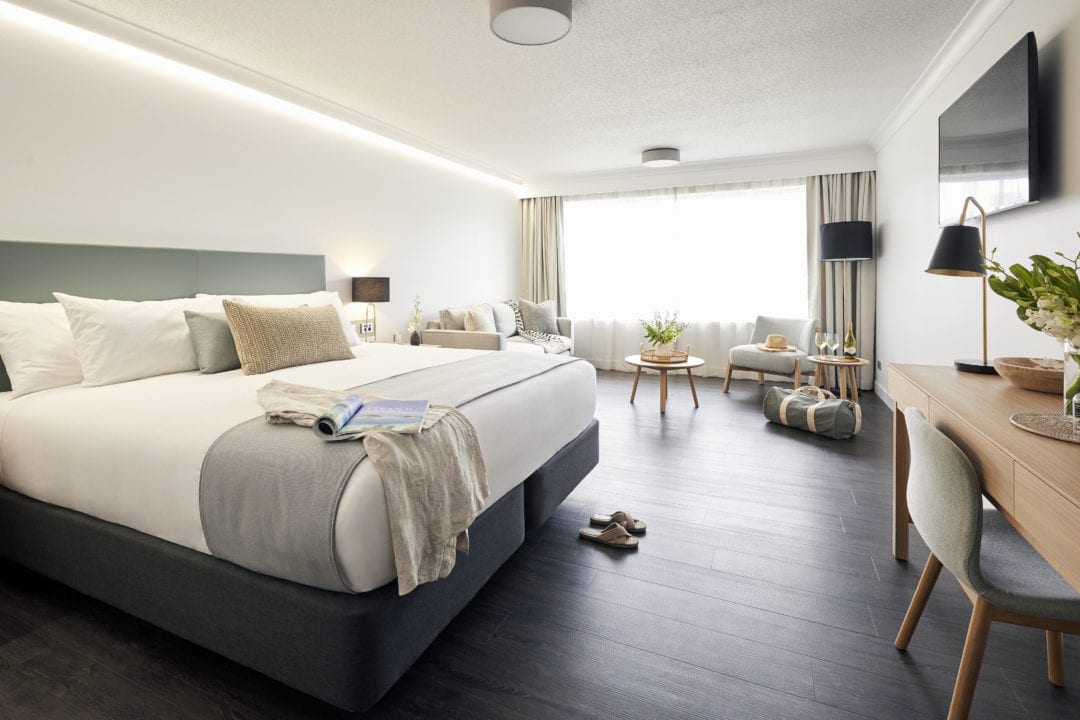 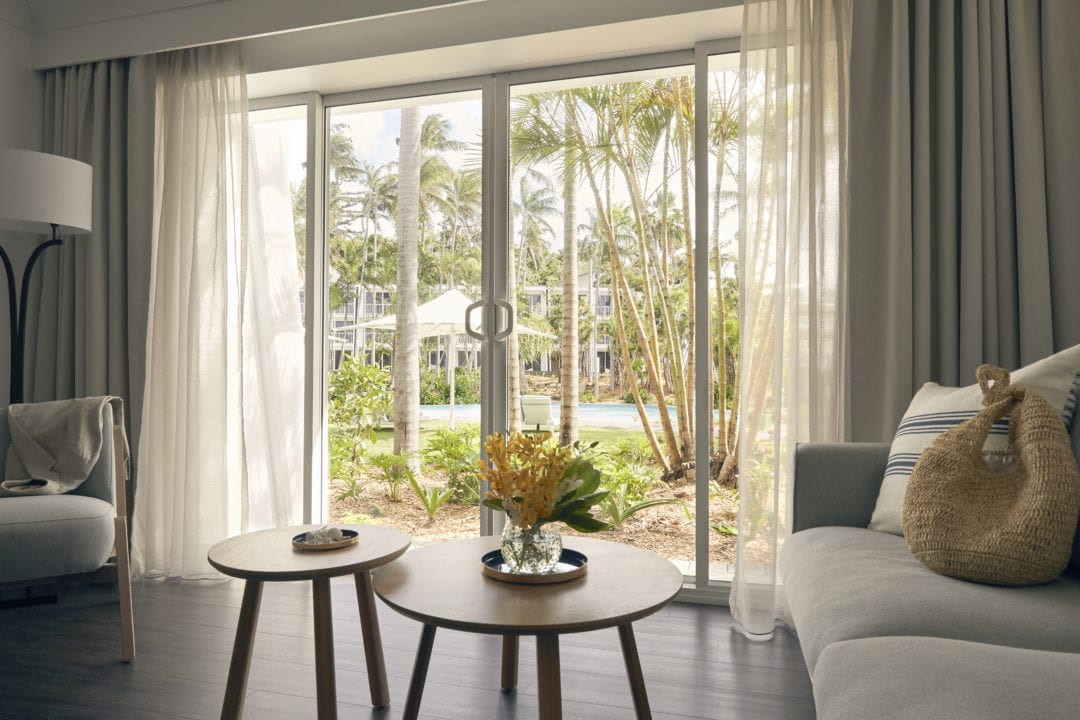 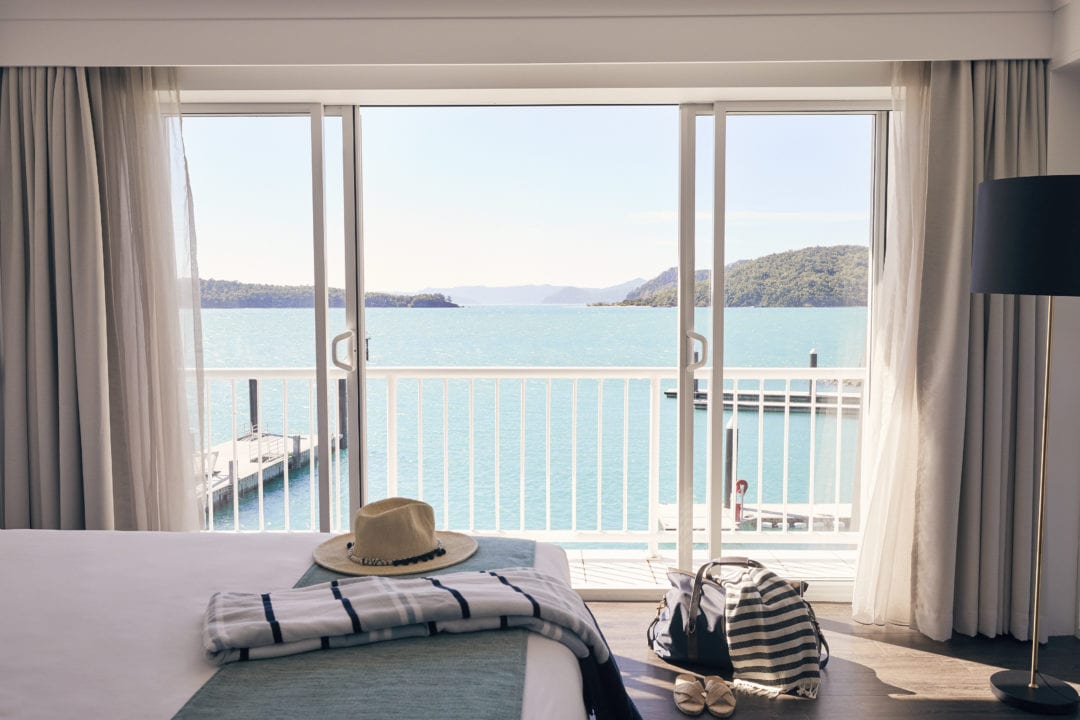 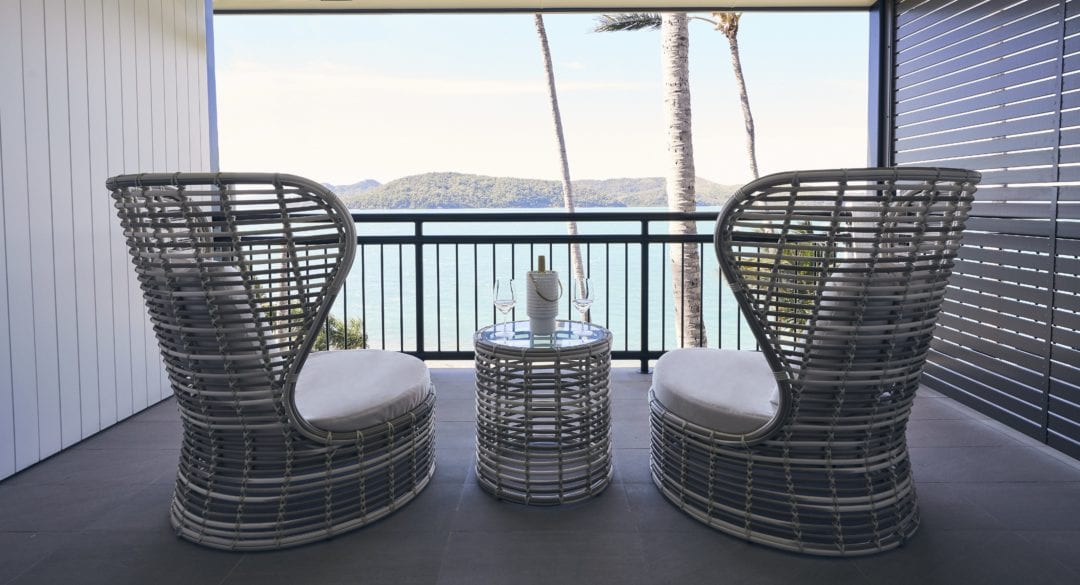 Resort Room
Available with one king bed or two queen beds, these Rooms are conveniently located close to the central Atrium building and feature tranquil views that spread to the resort and lush garden.

Superior Poolview
Available with one king bed or two queen beds, these contemporary rooms offer ample space, and feature tranquil views through floor to ceiling sliding doors, opening out onto a terrace.

Superior Oceanview
Available with one king bed or two queen beds with impeccable views of the Whitsundays, these modern rooms feature tranquil views through floor to ceiling sliding doors that provide an abundance of natural light, opening out onto a balcony.

Deluxe Oceanview
Envision and admire the beauty of the Whitsundays at your fingertips. Facing directly out over the ocean towards the Whitsunday Islands, these rooms feature a plush king-size bed and a bathroom with a walk–in shower. 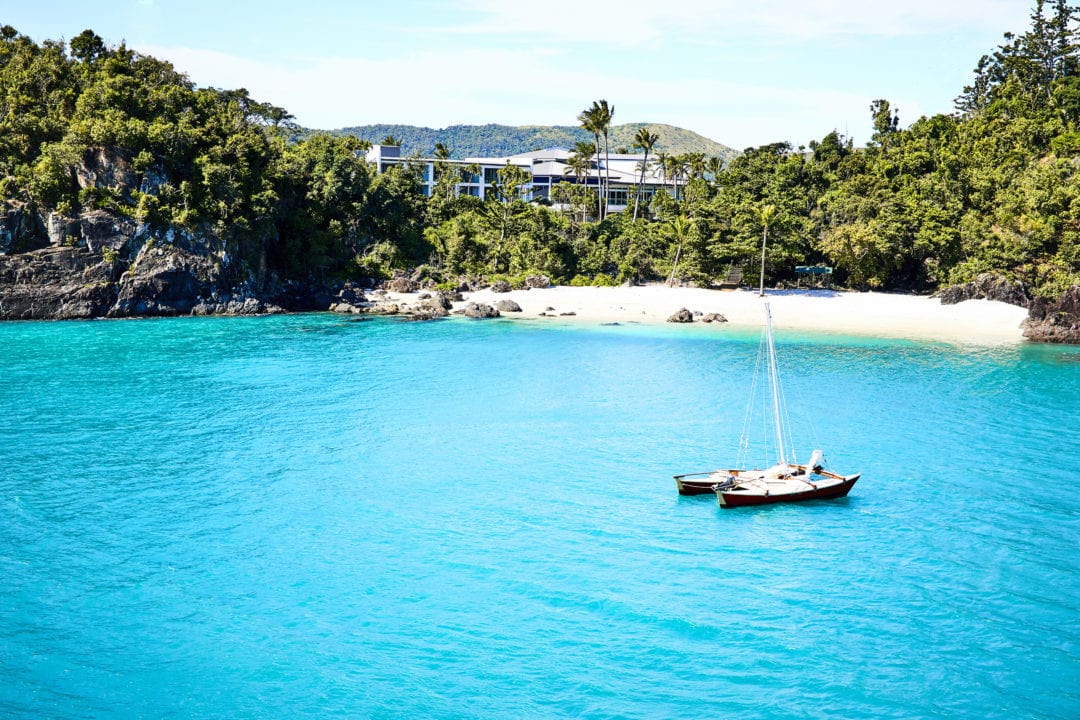 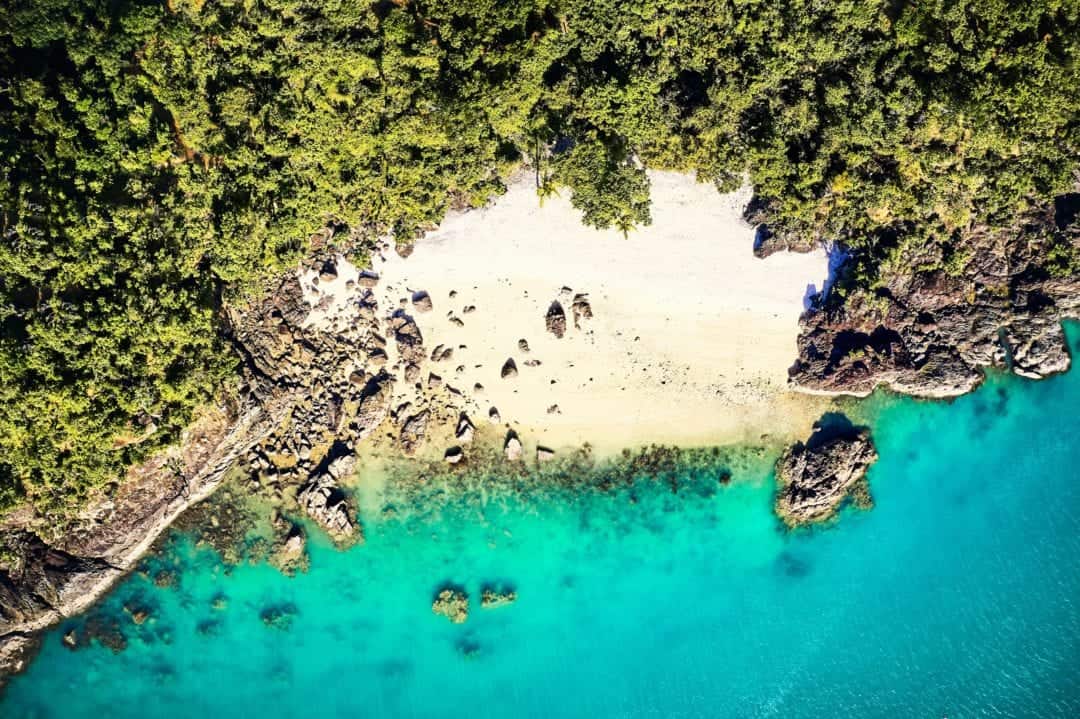 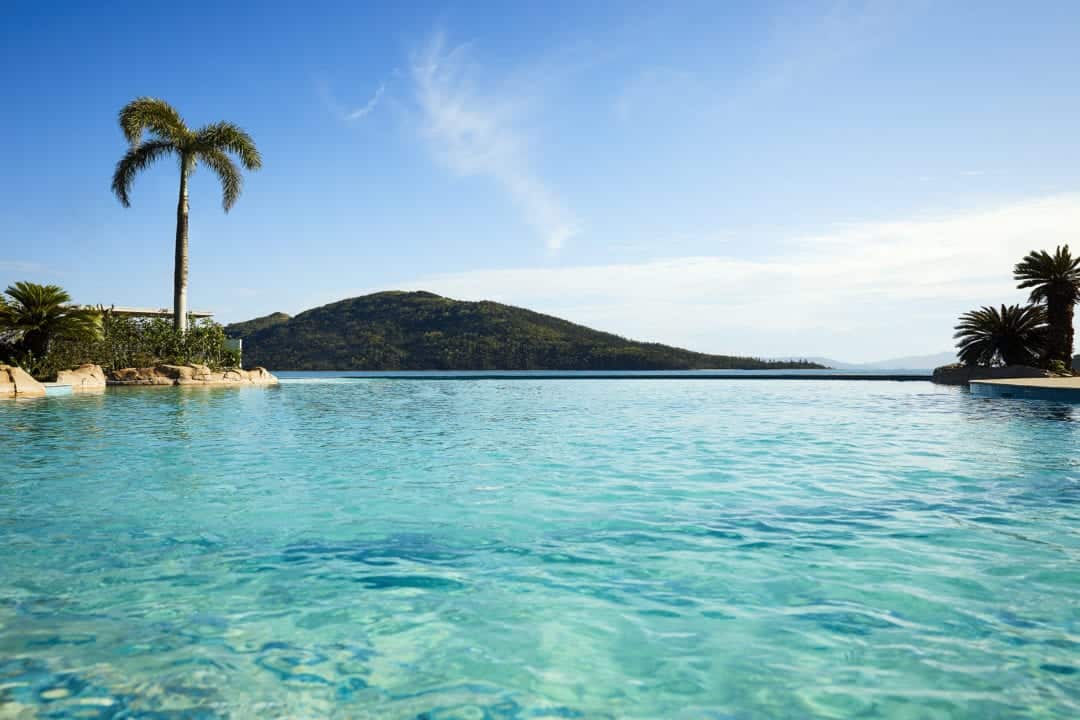 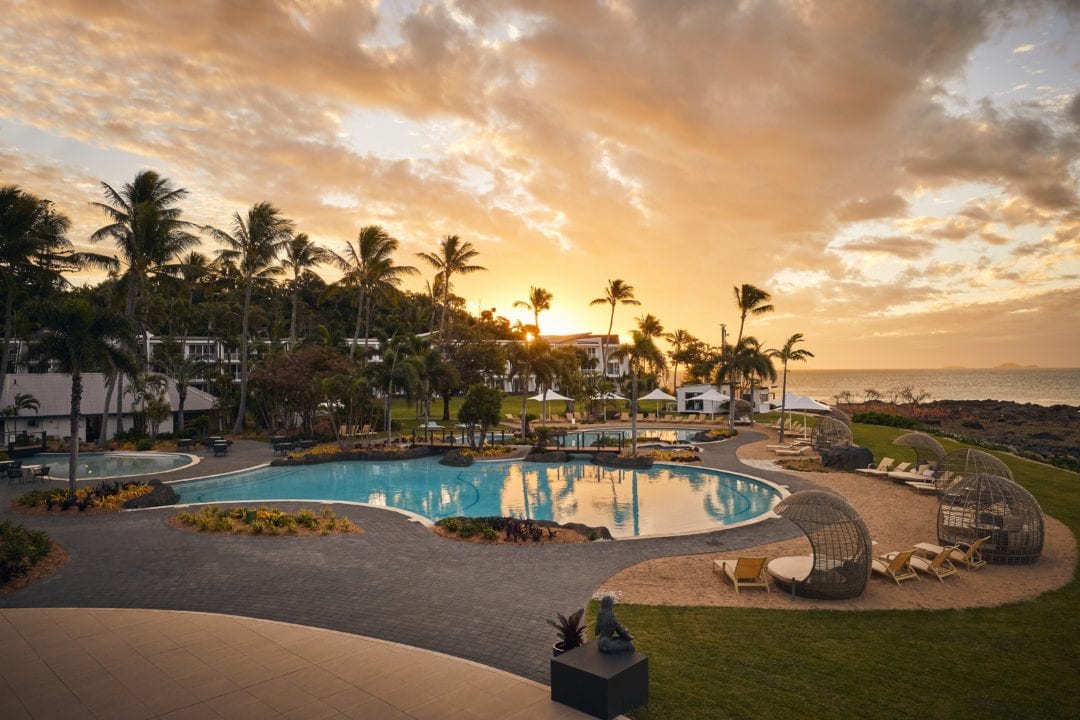 Daydream Island Resort is a tropical haven for romantics, families and groups alike. With an array of activities on offer across the island each day, guests can experience the luxury of diving into a snorkelling adventure or exploring the island and surrounding Great Barrier Reef Marine Park by helicopter, sail boat or jet ski. The expansive pool landscape, coral beaches, rainforest walks, outdoor cinema, gym facilities and unlimited access to non motorised water activities, ensures there is something to keep everyone entertained. 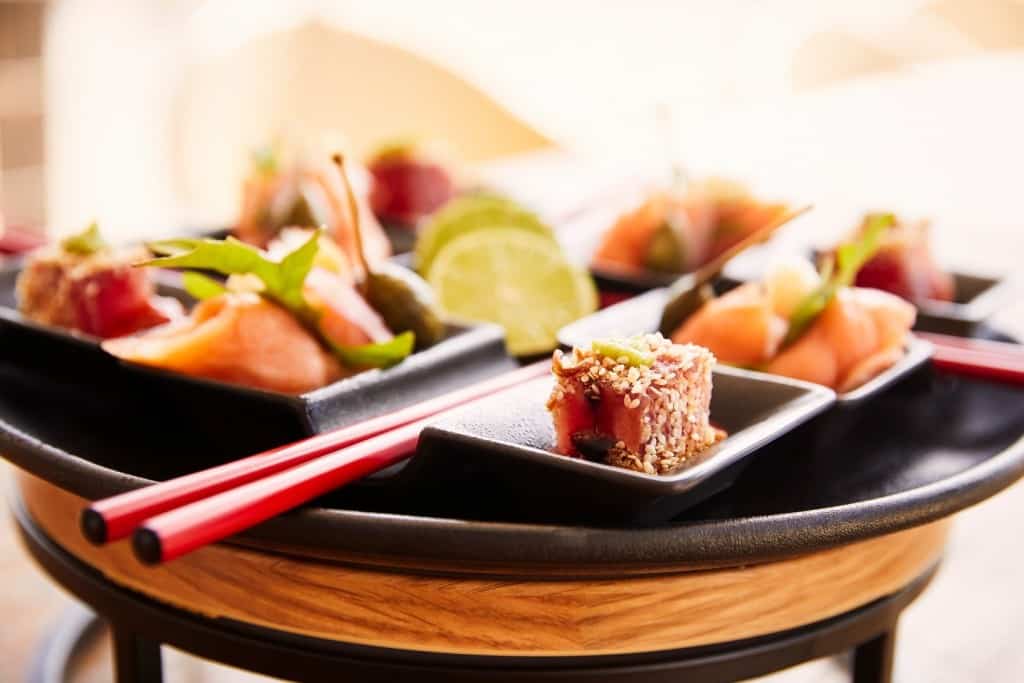 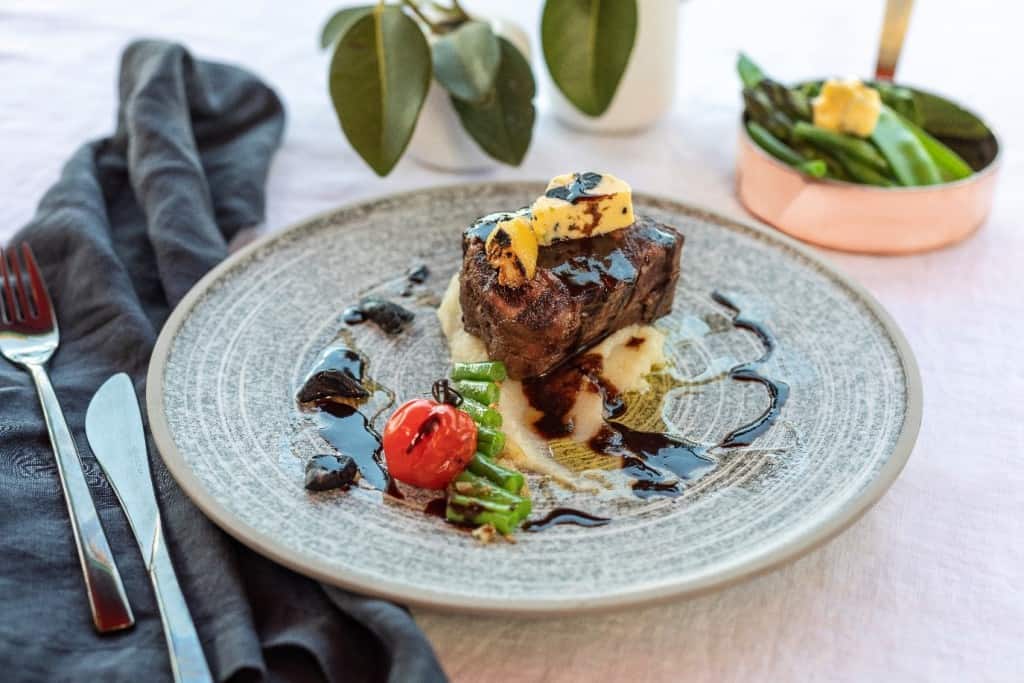 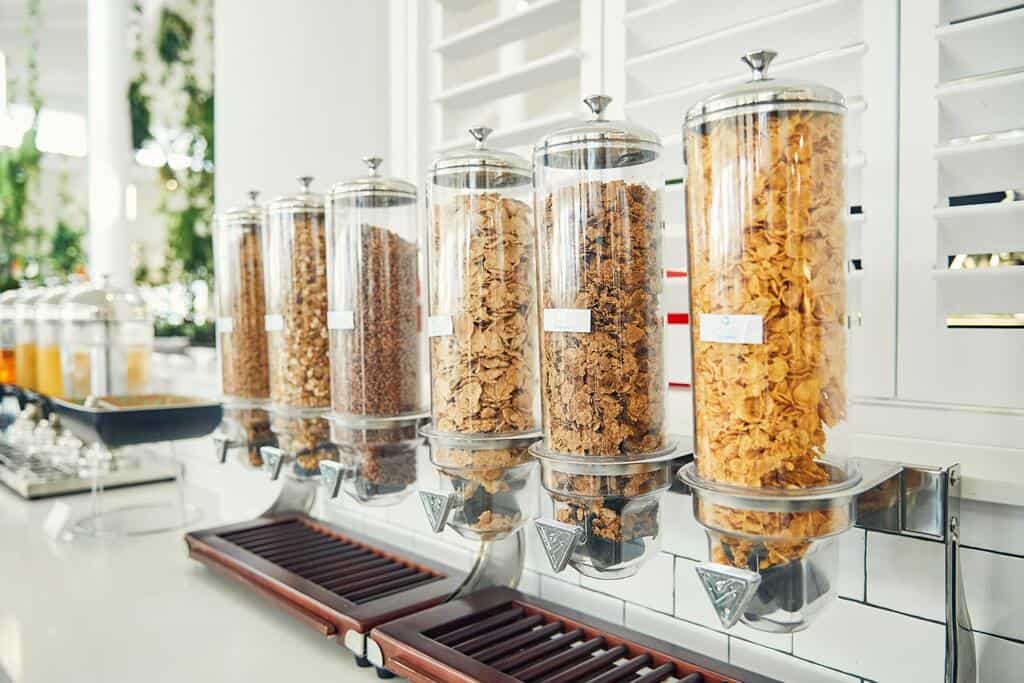 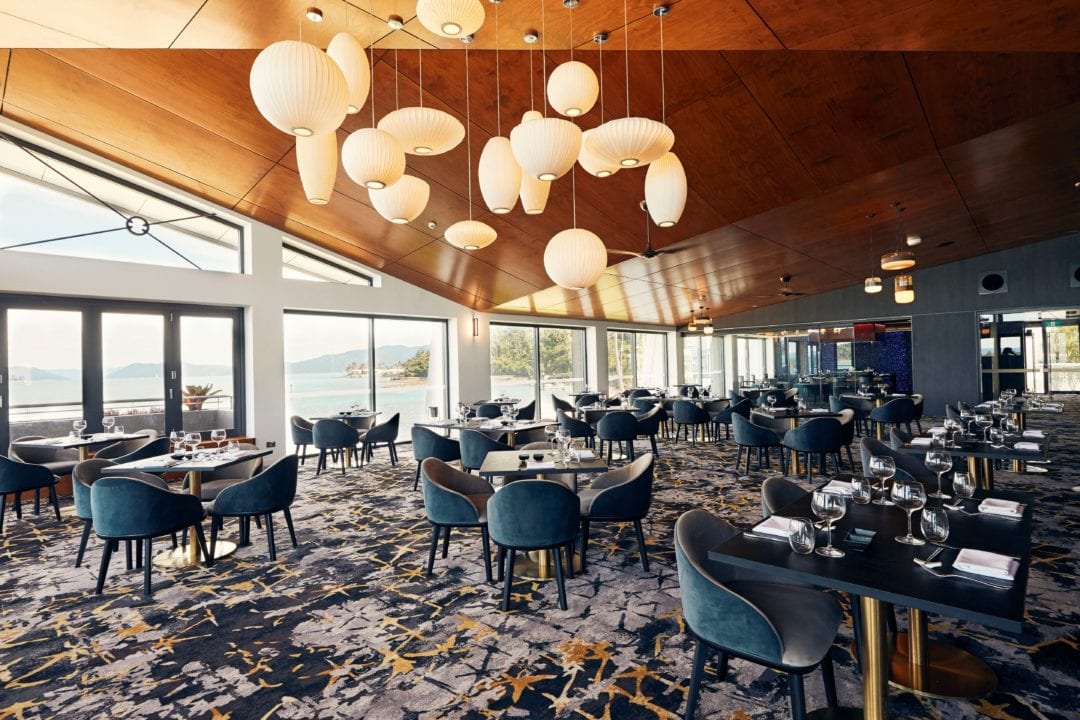 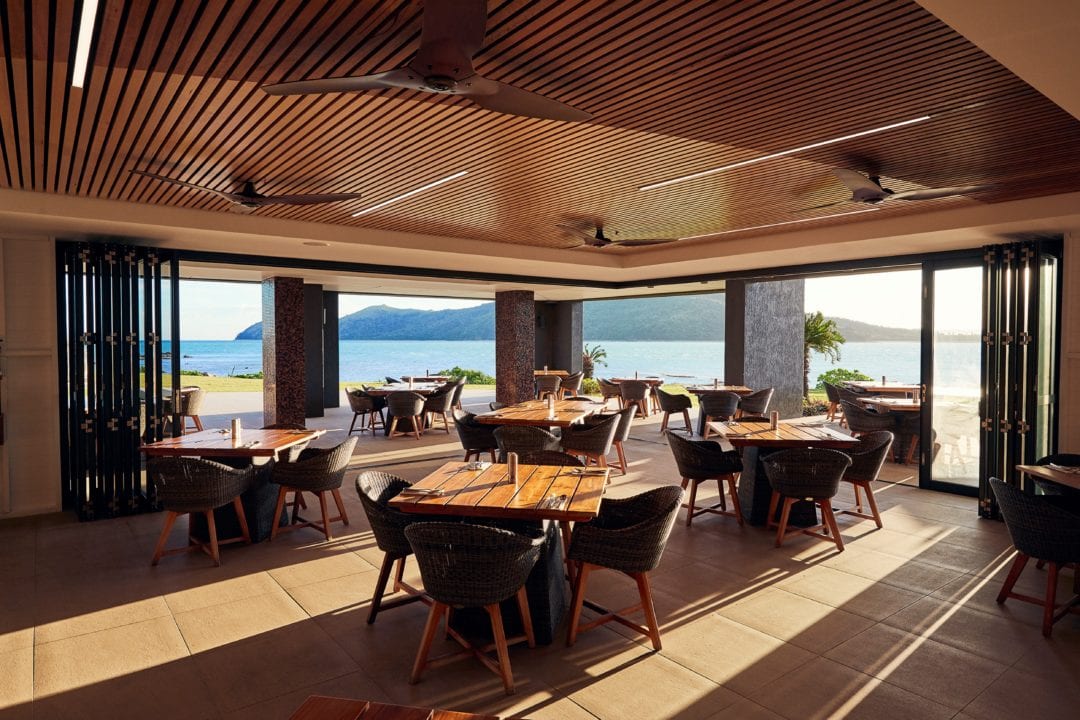 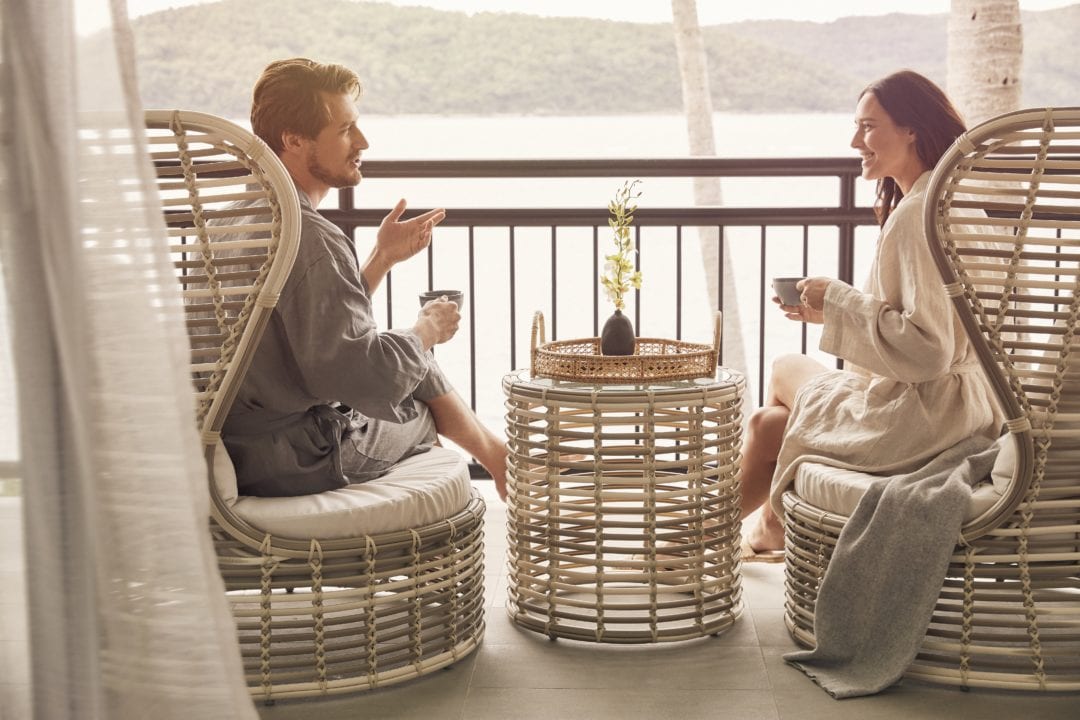 Daydream Island is home to three restaurants; Graze – a modern buffet restaurant complete with live cooking stations and a range of international cuisines, Infinity – a premium Asian Inspired dining experience with expansive views of the Whitsunday Islands, and Inkstone Kitchen & Bar – inspired Modern Australian restaurant offering the best in steak and seafood. While each restaurant has its own unique cuisine and style, they all share the relaxed dining atmosphere synonymous with our island. 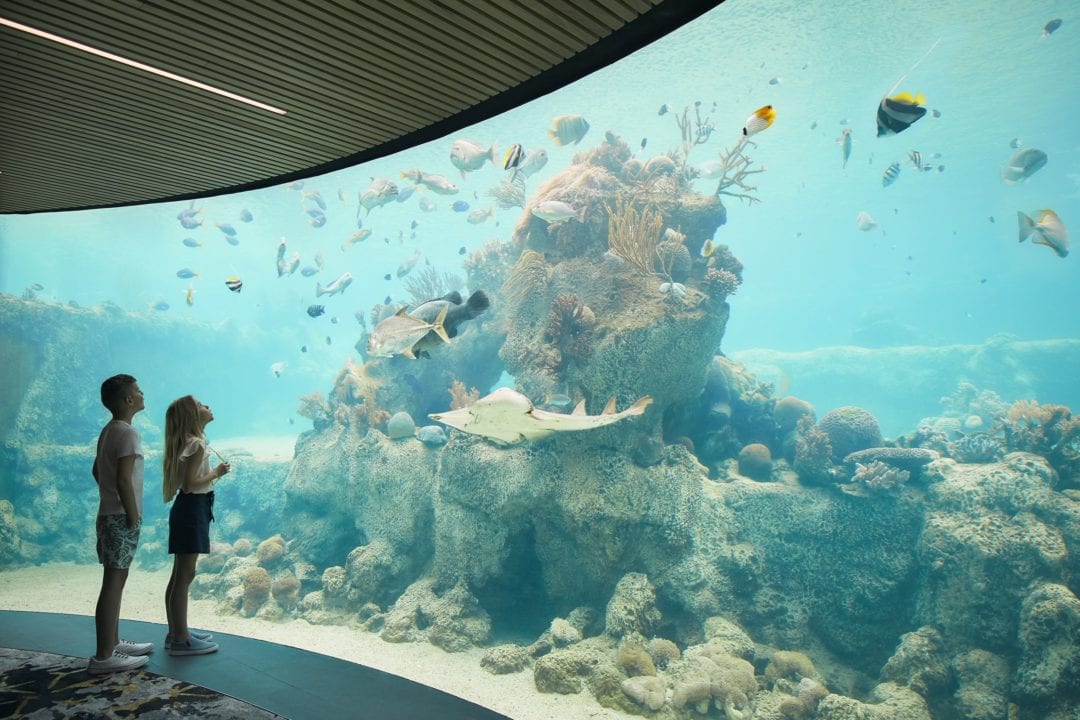 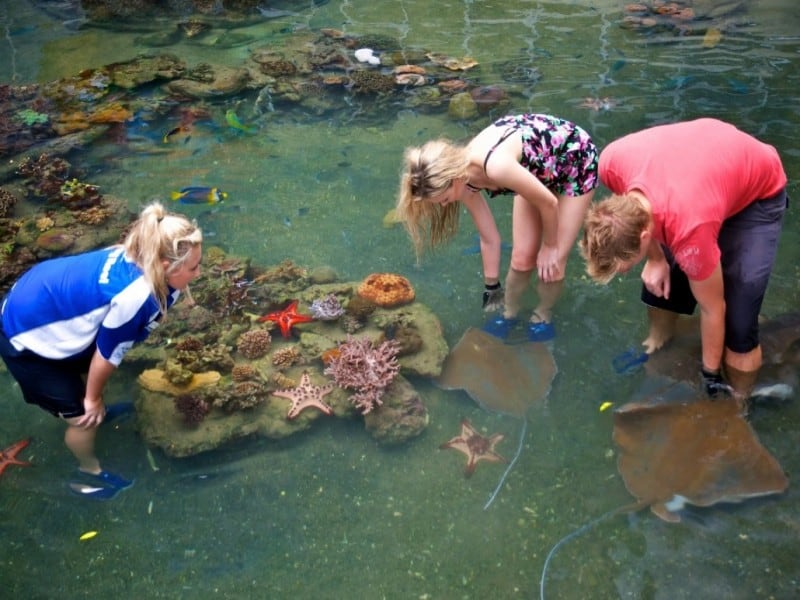 Wonder Of The World

The Great Barrier Reef is one of the seven wonders of the natural world. Daydream Island Resort main centrepiece ois The Living Reef, a unique freeform coral lagoon wrapping 200m around the central building and holding over 1.5 million litres of water.  The Living Reef is home to over 100 species of marine fish, over 80 species of coral and a variety of invertebrates such as starfish, sea cucumbers and crabs