at the Whitsundays with Jimmy Barnes & Family

Originally scheduled for The Maldives in September 2020, Covid-postponed to December 2020, postponed again to June 2021 and venue switched to The Whitsundays. One silver lining of the Covid pandemic is that Aussies are travelling more within our own amazing country while we are unable to venture overseas. I can’t believe we’ve never been to the Whitsundays before. It is spectacular and a must see for all Australians.

Even being seated on the plane near a family with four children –  one a constantly crying infant – did nothing to curb our enthusiasm. Back a dozen years, that poor family was us, so I could feel for them, even wanting to offer to hold the baby for the pacing dad to give him a little break, but thought they might think I was a crazy lady!

Leaving the cold and rain behind in Adelaide, we landed in sunny Queensland full of anticipation for a fantastic long weekend of concerts and fun in the sun. Father of Five and I arrived on Daydream Island a day earlier than the majority of the guests attending the Music In Paradise Long Weekend. We felt like we were the only guests in the resort, but made the most of that knowing it was the calm before the storm of the Barnsey Army arrival.

Daydream Island Resort & Living Reef has a capacity of approximately 600, with over 500 guests staying for this long weekend, of which 400 of those were there to see Jimmy Barnes and family perform. 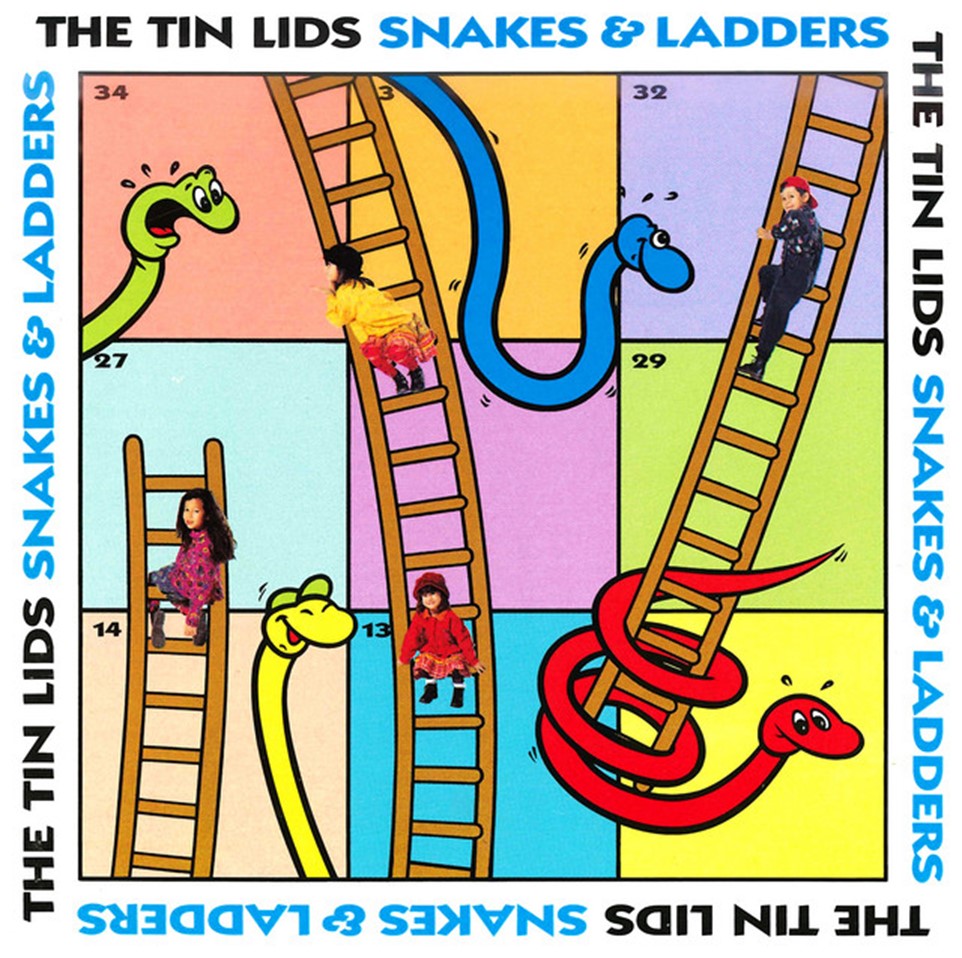 For those of us old enough to have been Jimmy Barnes fans since the 70s from his early days with Cold Chisel, we’ve watched as he and wife Jane’s family grew with the birth of each Tin Lid.  We’ve watched these four children grow and mature into the amazing individual performers that they are today.

Eldest daughter Mahalia joined her parents on this trip along with her own family, and we have in turn watched as she has also grown into a beautiful wife to husband and band member Ben Rodgers and mother to daughters Ruby and Rosie.

FRIDAY NIGHT CONCERT – MAHALIA BARNES & THE SOUL MATES
First concert night with the amazing backdrop of the sea and setting sun behind them, Mahalia and her band did not disappoint. Around music her entire life, Mahalia’s influences include Stevie Wonder, Ray Charles, Otis Redding, Wilson Pickett and powerful women like Tina Turner and Aretha Franklin, all helping shape her into a jaw dropping soul and blues vocalist.  They played their usual hits and then took requests playing stunning covers of I’m On Fire – Bruce Springsteen, Boys In Town – The Divinyls and I Won’t Back Down – Tom Petty, where second daughter, the gorgeous Rosie joined Mum and Dad on stage like it was the most natural thing in the world.

SATURDAY NIGHT CONCERT
Lined up nice and early, managing to score front row seats to a night of old songs, new songs and some surprises.  The idyllic back drop of the islands and sea again behind the band made for another great night of music in paradise. 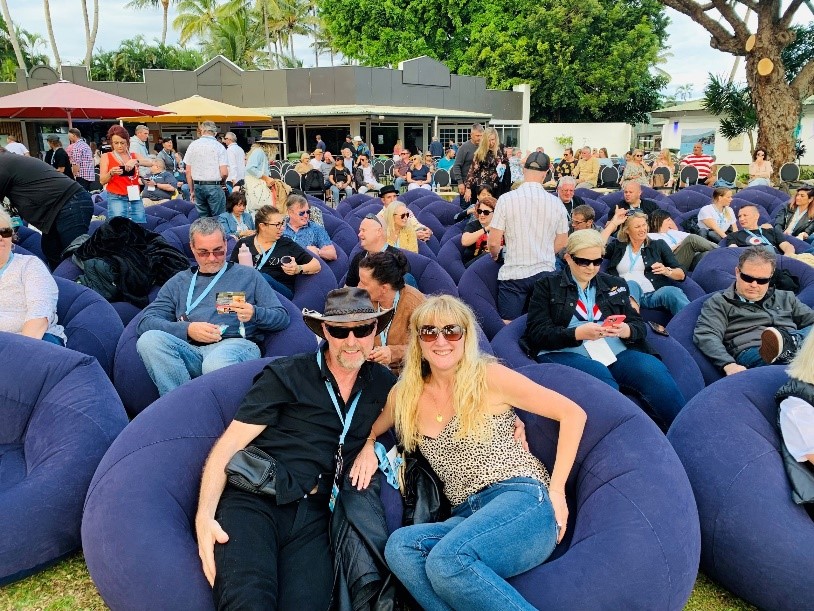 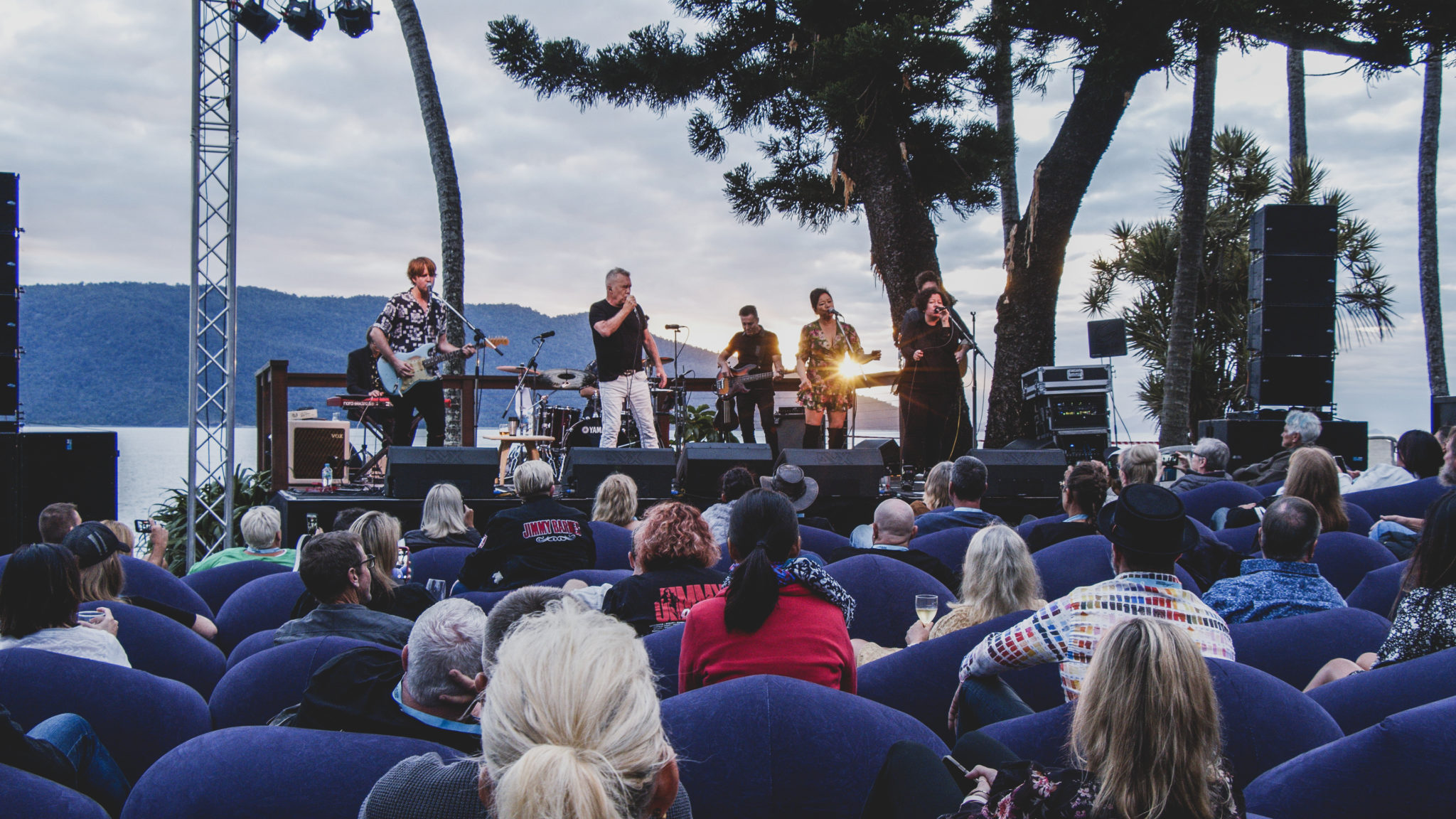 Jimmy and the gang in full flight

Very difficult to pick out highlights but ‘When The War Is Over’, written by Cold Chisel drummer Steve Prestwich who is no longer with us, is always a poignant moment in the show.

‘Flesh and Blood’, title track of the new album due out in July, was also great for me to see performed live for the first time.

It premiered at Michael Gudinski’s state funeral in March. ‘Little Light’ written by Mahalia for her first daughter Ruby, is a heart warming ballad that brought a tear to my eye as I suddenly missed my five children at home.

I also loved ‘The First Cut Is The Deepest’ a cover of the song written by Cat Stevens and a hit single for Rod Stewart, that Mahalia sang as the first song back for the encore (not on setlist). 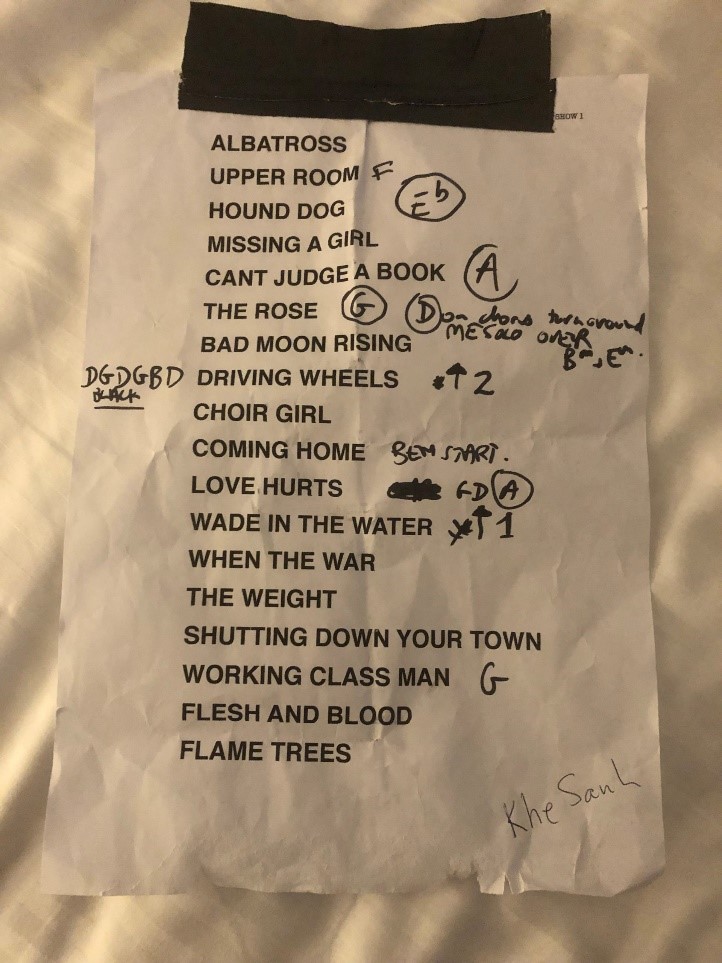 SUNDAY NIGHT CONCERT
Sunday night’s concert had to be relocated due to bad weather. We watched as the entire stage, lighting, sound, instruments, seating etc was expertly moved from its scenic outdoor location to the atrium inside the resort.  Hats off to the crew who made a mammoth job look easy.

Jimmy wasn’t going to get away with not playing some of the songs again that we’d all come so far to see …. ‘Flame Trees’, ‘When The War Is Over’, ‘Working Class Man’, ‘Khe Sanh’ etc, but there was also enough variety in the set list to keep every fan happy.

Again, extremely difficult to pick a highlight in a night of all my favourite songs.
‘Love Hurts’, a Jane Barnes Band song from their Facebook posts during nights in Covid isolation, was a good one. 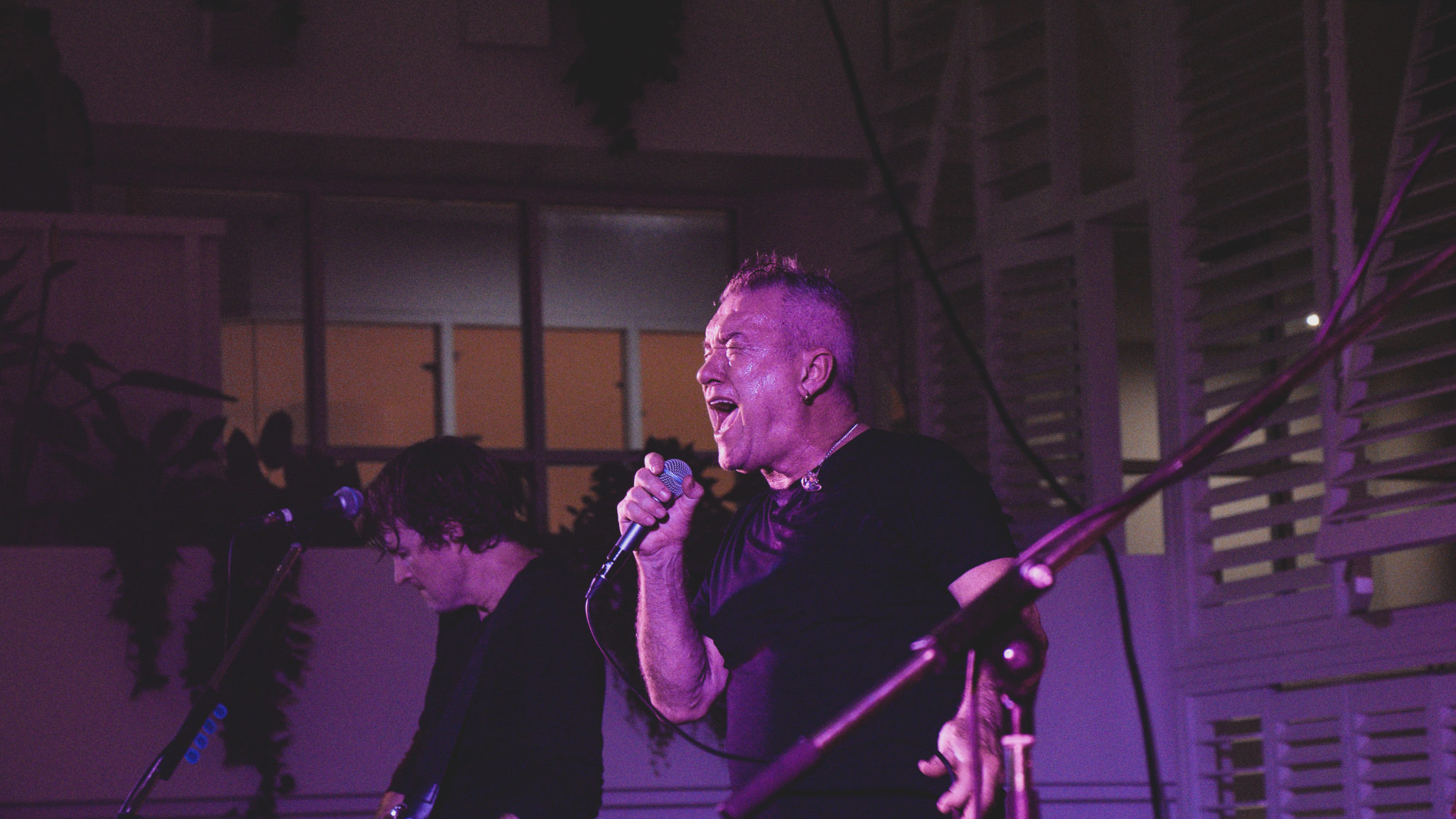 Jimmy Singing in the Purple Mist

Jimmy is often known to do very credible backing vocals for both Jane and Mahalia.
Mahalia’s powerful anthem ‘I Am Woman’ (also not on the setlist) sung with super cute second daughter Rosie sharing the stage like she was born to it, and proud father and grandfather Jimmy watching from side of stage, was definitely an amazing moment.

As you can see by the videos, even after all these years, Jimmy has not lost his love of performing and as usual, gave 110% to each and every performance. 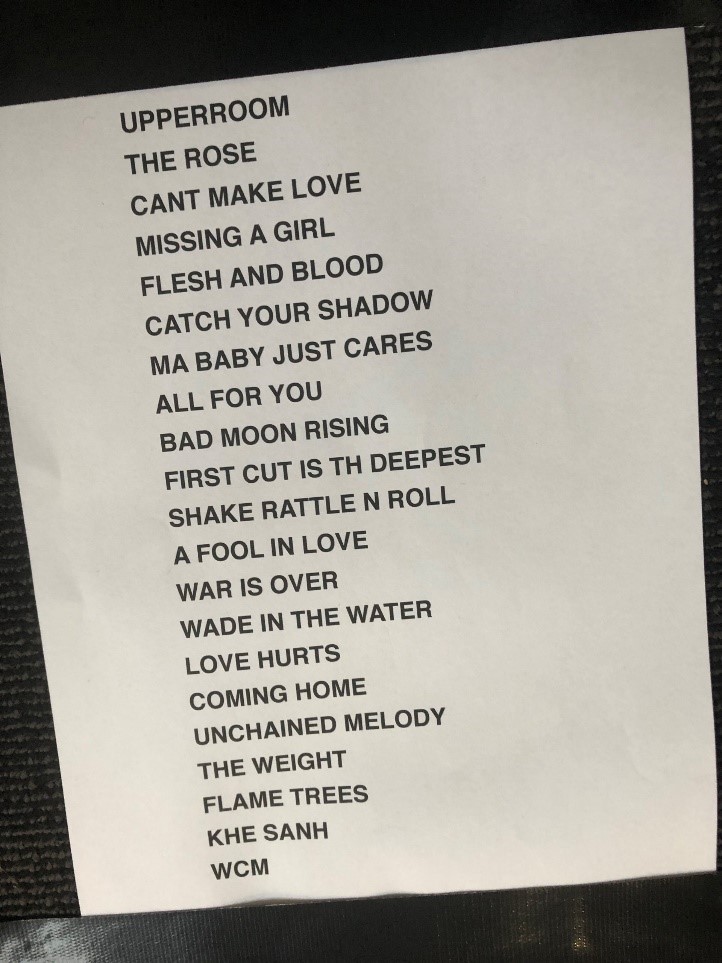 There was also a VIP package that included a meet and greet with Jimmy, Jane and Mahalia, a signed poster, the opportunity to have other merchandise, albums etc. signed, a photo and a bit of a chat.

A big thank you to all the hardworking staff of Music In Paradise for persevering with this twice postponed event and managing to pull this gig off, particularly Gina who kept Barry and I in the right place at the right time most of the time.

Also a big well done to Daydream Island Resort who, if occasionally overwhelmed by the sheer volume of the Barnes Army, kept smiling and bending over backwards to make our stay happy and memorable.  Their professionalism and friendliness made the entire long weekend a massive success.
If you haven’t yet been to our beautiful Daydream Island, now is the time!! 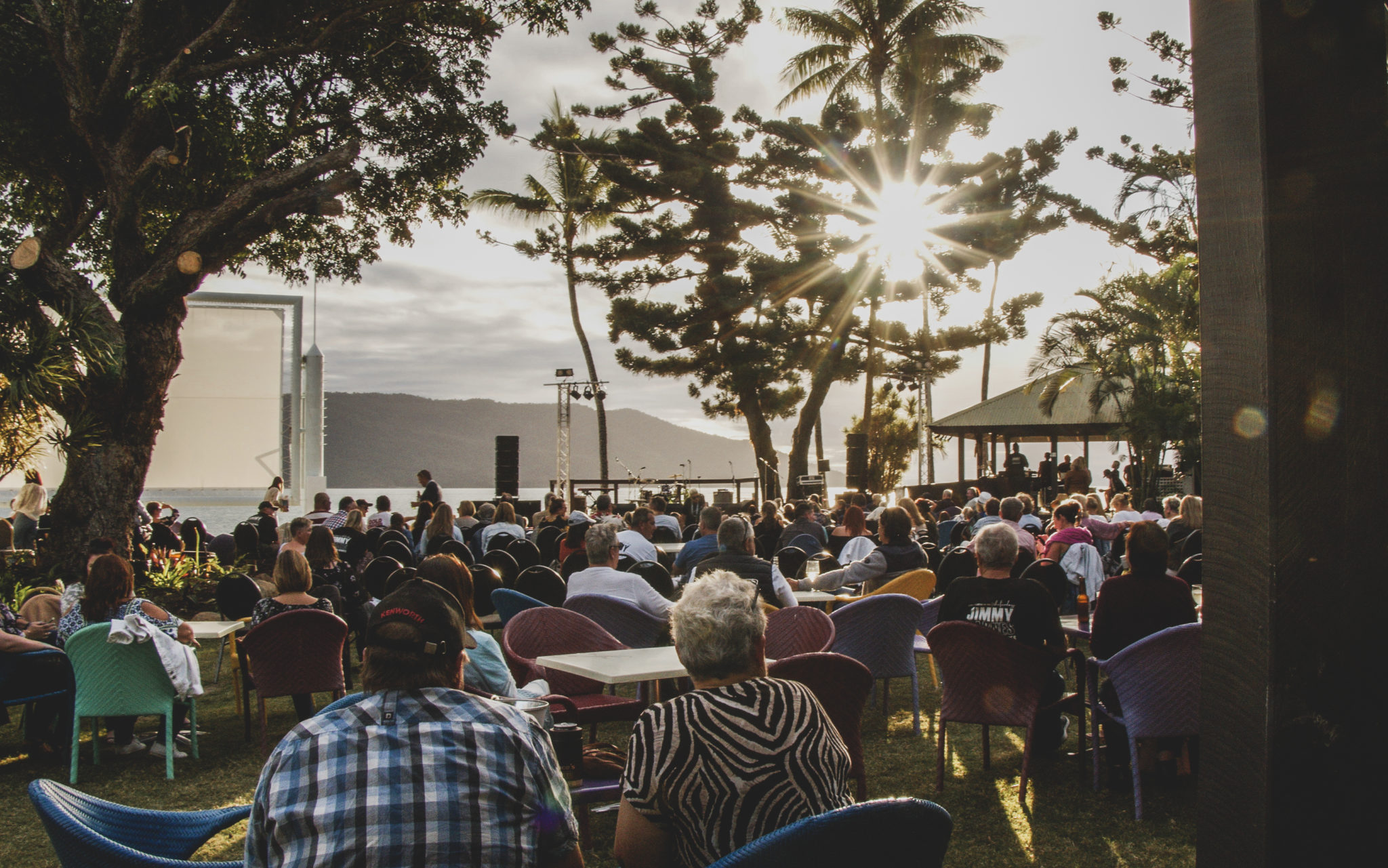 Also, if you’d like to grab the new Flesh & Blood album or merchandise including a Blood Red Vinyl Order Here 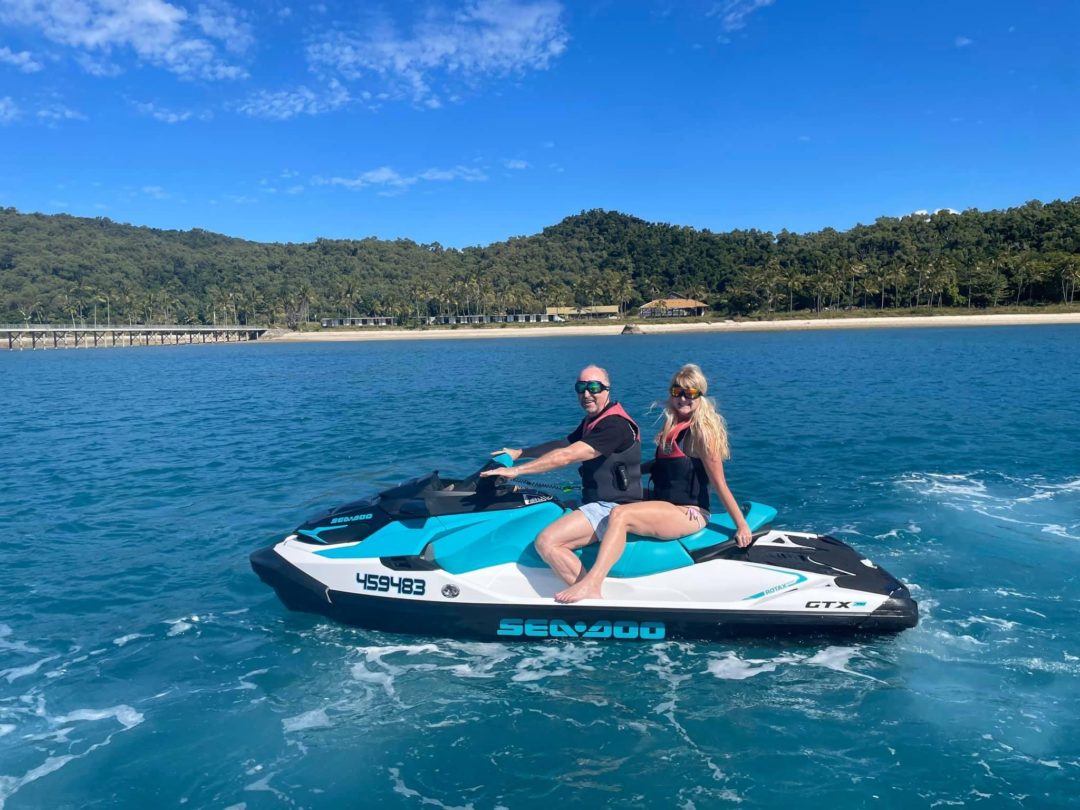 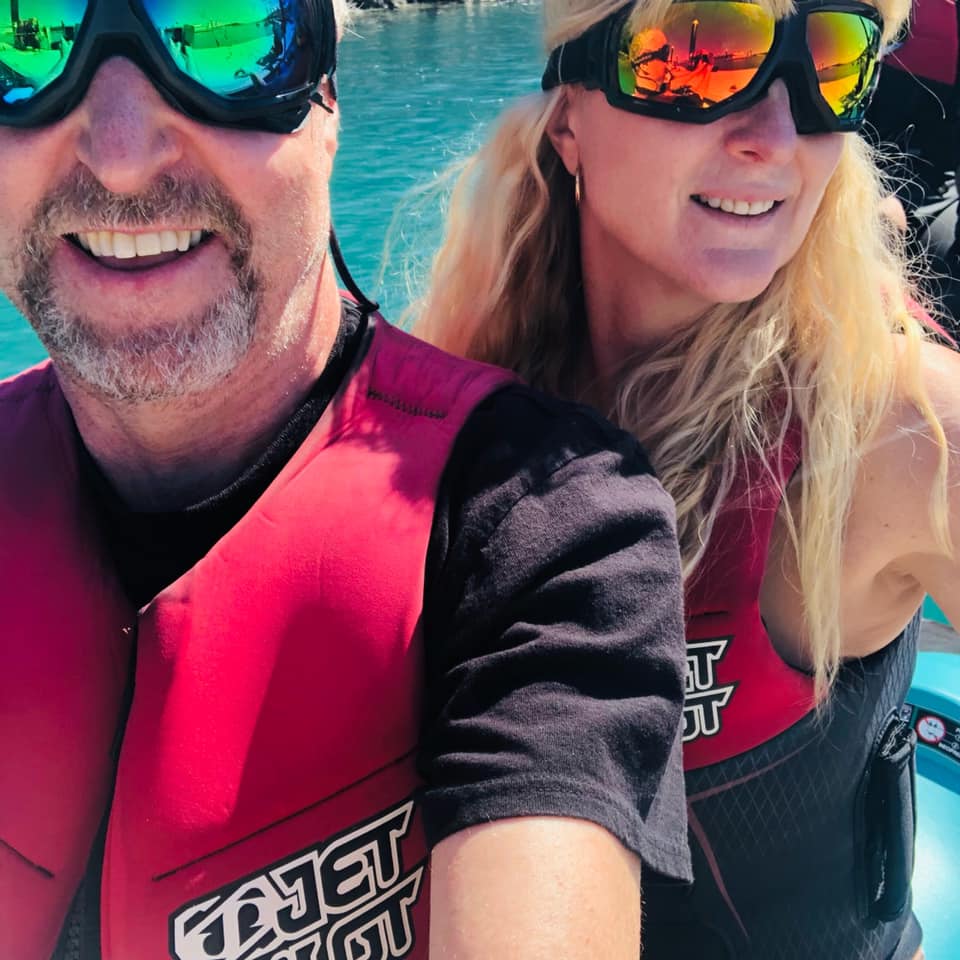 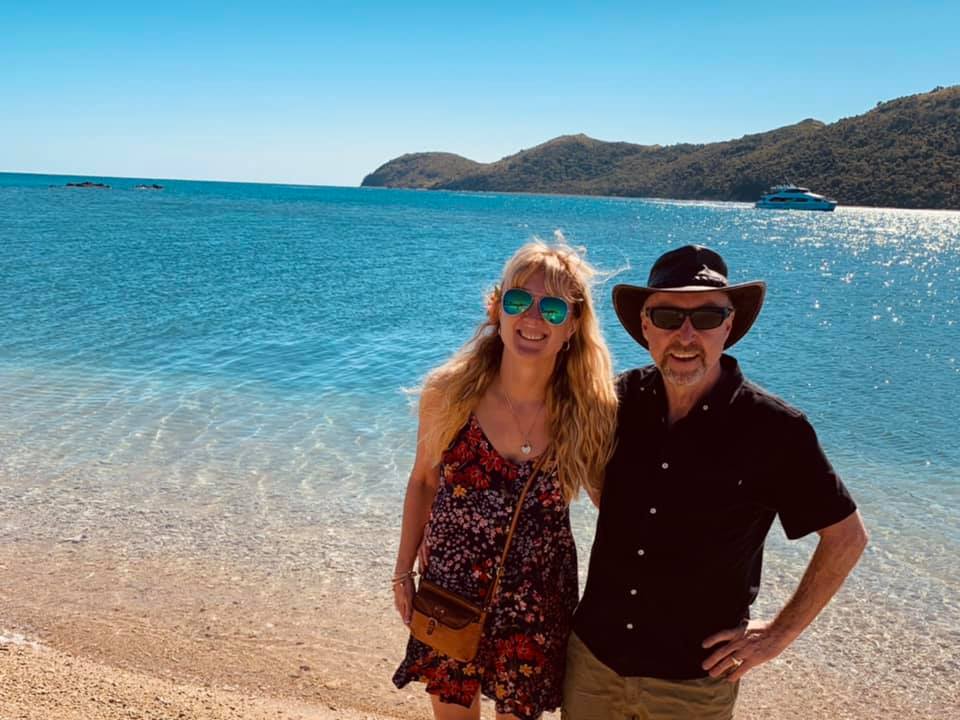 Happy Snaps from the Private Album